Hearts of Oak’s expected meeting with the President of Ghana Nana Akufo-Addo on Tuesday was cancelled at the last minute , the club has announced.

“The schedule meeting with the president at the Jubilee House has been postponed due to unforeseen circumstances. A new date will be confirmed from the Presidency.” the club stated. 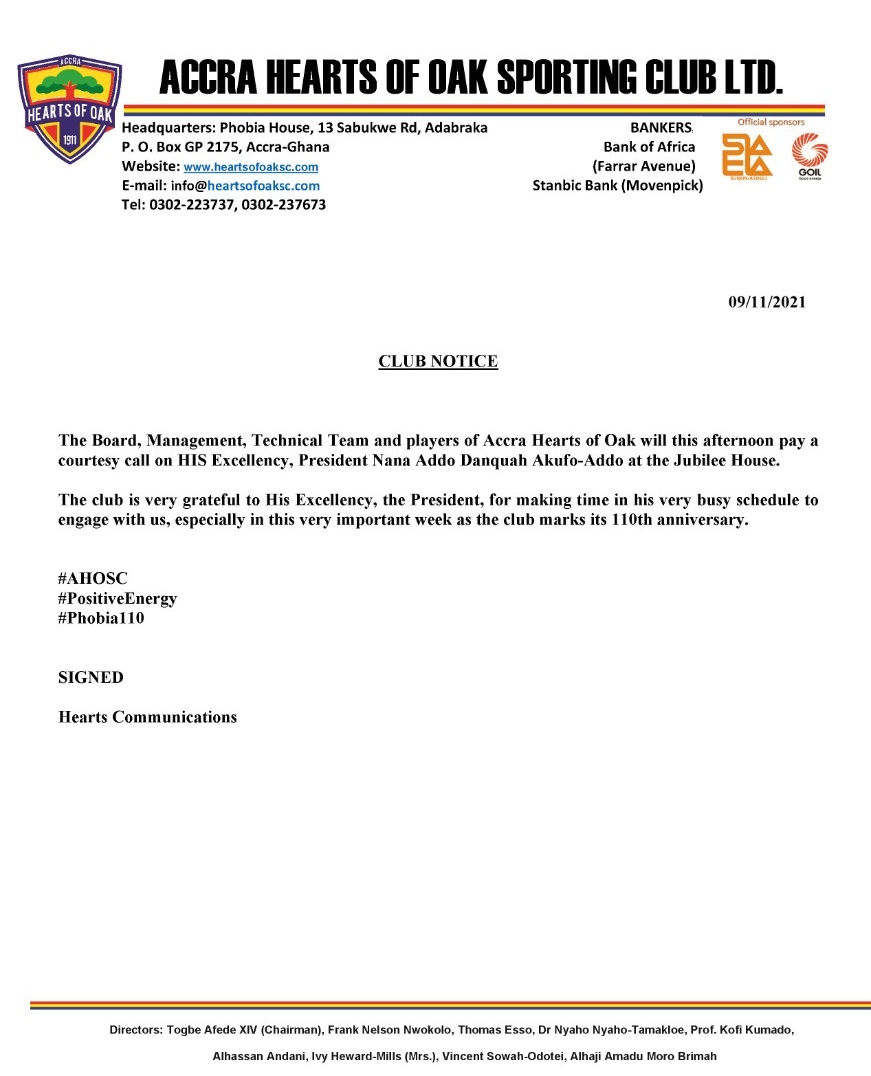 Hearts of Oak won a domestic double last season but are win-less in two games this season.