The win means WAC of Morocco – Hearts of Oak’s next opponent in the CAF Champions League – has maintained their 100 percent record to the start of the league winning all three matches. They have scored 5 goals and conceded none. 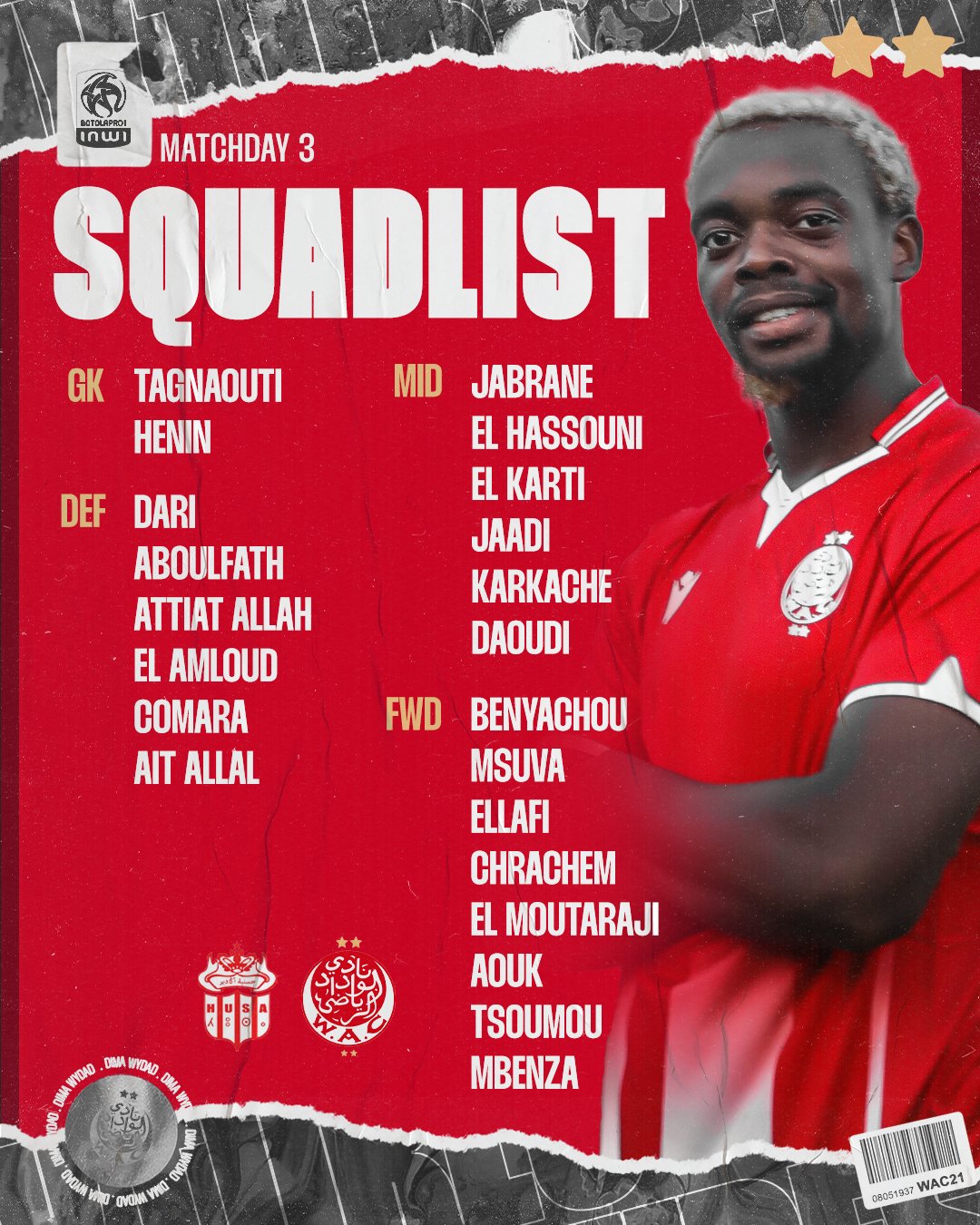 Reda Jaadi scored in the 25th minute as WAC won on Sunday to reach nine points and are joint leaders of the league alongside Raja Casablanca and Difaa El Jadidi – with all three clubs on nine points each after 3 games.

The first leg is scheduled to take place at the Accra Sports stadium between 15th and 17th October 2021 before the reverse takes place a week later in Morocco.

Hearts of Oak be warned ! : WAC of Morocco haven't conceded a goal under new manager Walid