English Women national team defender of Ghanaian origin Anita Asante will participate in the UEFA License B coaching course in June this year.

Asante is going to undertake the program which is being organized by UEFA through the Welsh FA as she seeks to get her professional coaching career started. 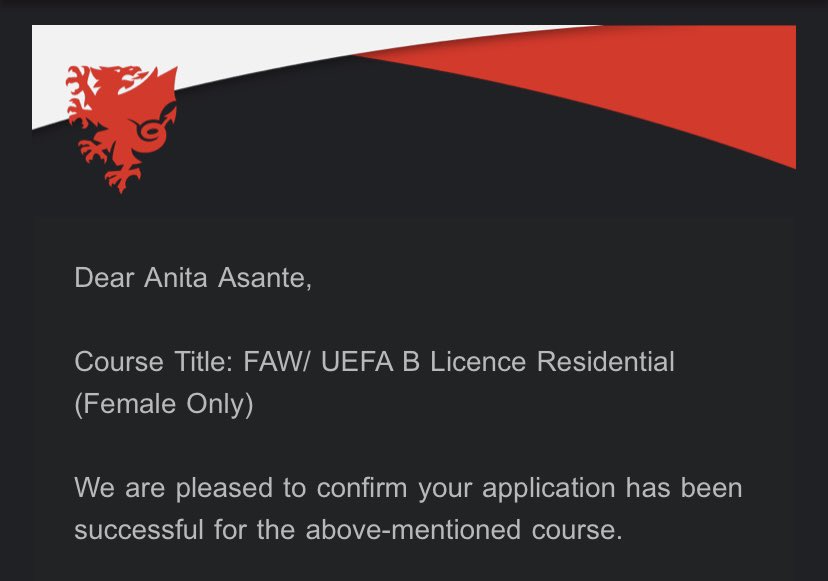 The 35-year-old has been playing for the Lioness since 2004 and at club level she now plies her trade with Aston Villa.

She previously played for Chelsea, Arsenal, Goteborg and a host of other teams