Hearts of Oak defeated Ashantigold SC by 8-7 on penalties during a marathon shootout after the final match ended 0-0 in 120 minutes of football with goalkeeper Richard Attah emerging as the hero of the 22-penalty contest for the Phobians to round off the season with the double.

The bulky custodian brilliantly saved Ashantigold’s 10th penalty taken by Seth Osei who needed to score to win the Cup for his team. Attah then came forward to score the 11th and final kick of his side before going into the goal to stop the effort of his opposite number Kofi Mensah – who prevented three Phobian kicks himself.

It was the first time Hearts of Oak has failed to score a goal in the FA Cup this season.

Patrick Razak, Benjamin Afutu, Rady Ovouka all came close to scoring for the Phobians but the Miners goalkeeper Kofi Mensah and his defenders ensured their goal is not breached by the reigning Ghana champions who scored 45 goals in the Ghana Premier League this season.

Afutu saw his 16th minute header bounced off the crossbar of Kofi Mensah as the player thought he had given his side the lead but the ball rolled over for another kick after Amos Nkrumah had the final touch.

The match represented the 40th game in all competitions for both sides following 34 games completed in the league already.

The introduction of Salifu Ibrahim increased the creativity level of Hearts of Oak but that was still not enough to give them the breakthrough. 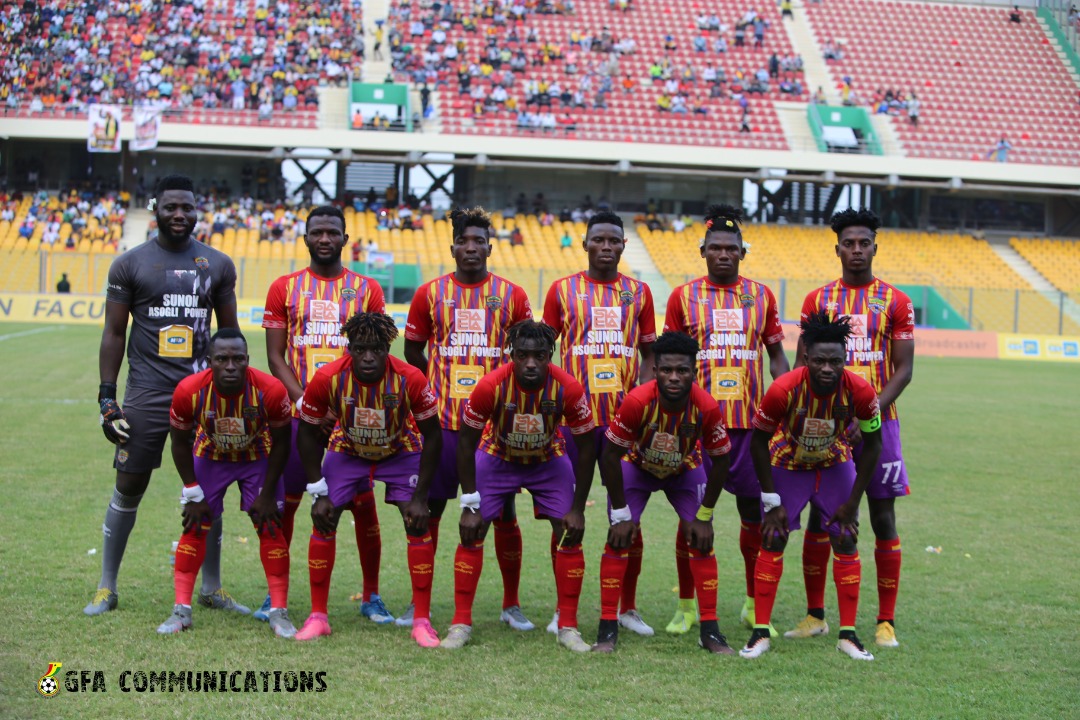 Amos Addai who took and failed the first kick of his team during the shootout also had a shot saved in the 56th minute of the match by Richard Attah and that was the only best chance that fell to the Miners as they struggle to create scoring opportunities. 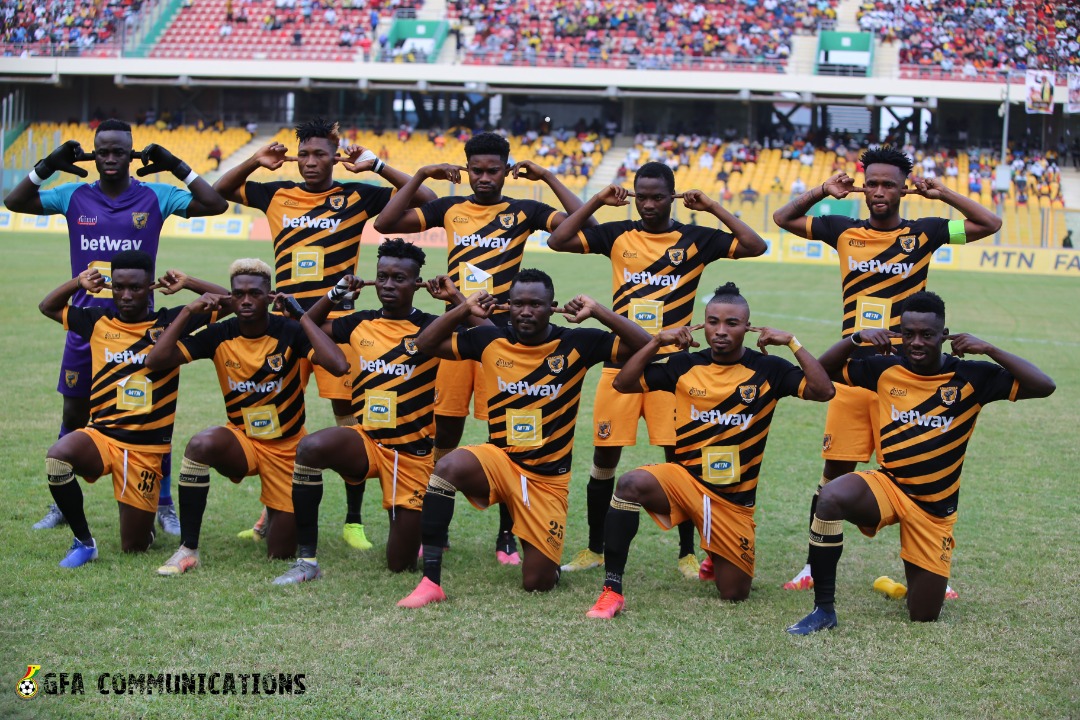 The last time they achieved this feat was in 2000, when they went on to win a continental treble.

The platform seems to have been set by Boadu who has transformed this Hearts team to win a double.

The last time they achieved this feat was in 2000, when they went on to win a continental treble.

The platform seems to have been set by Boadu who has transformed this Hearts team to win double.

The next step is for the league champions to make a claim for themselves in Africa.

The last time the Phobians won double was in the year 2000 when they want ahead to clinch a continental treble.