Ashantigold romped to an emphatic 4-0 win over Bechem United during Week 21 of the Ghana Premier League on Sunday to collect their 30th point of the season as Yaw Annor, Amos Addai, Seth Osei Kwadwo an David Abagna were all on target.

The visitors finished the game with 10 players  as one of their defenders was shown a second yellow card at the hour mark but the damage had already been done in the first half.

The game which was played at the Obuasi Len Clay stadium kicked off at 15 : 00 GMT with 25 percent of fans allowed to watch the league action.

Annor struck the the opening goal in the 11th minute before skipper Addai increased the lead from the spot just five minutes later. Osei Kwadwo Seth – who joined the Miners from Eleven Wonders – made it 3-0 in the 45th.

Substitute Abagna Sandan added his name to the score sheet in the 84th minute to add more agony for the poor Hunters. 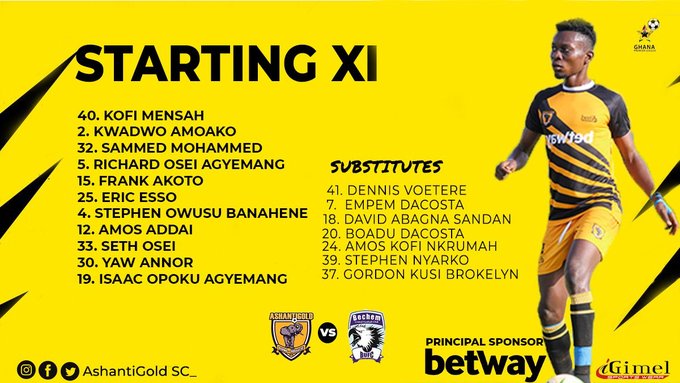 Bechem United lack of consistency was laid bare once again – after winning big over Aduana Stars by 4-0 on April 18th – their high level dropped once they hit the road.

Hafiz Wontah, Moro Salifu, Charles Amoah, Francis Twene were all in the starting formation of the visitors.

United have not won consecutive games since clinching three in a row in December 2020.

The win takes Ashantigold to 8th on the league table on 30 points – six adrift leaders of the league Medeama SC. 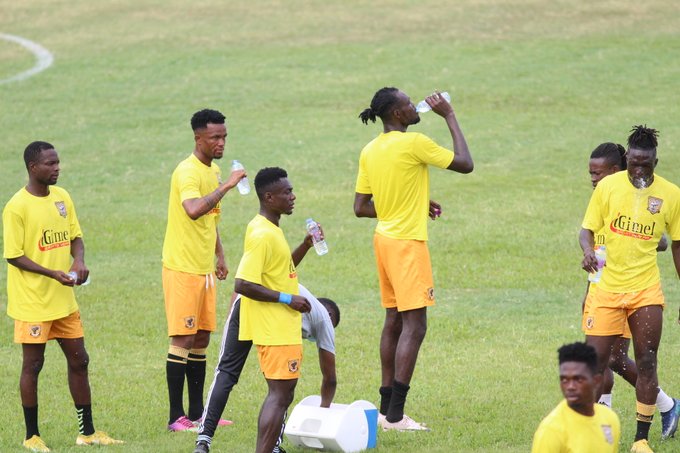