Legon Cities have vowed to end the 9-game unbeaten run of Hearts of Oak when the two sides meet on Thursday for Week 30 of the Ghana Premier League.

But how has the team coached by Bashiru Hayford fared against the Big 5 of the competition this season?

Against the Wonder club, Cities registered a 2-0 win over them to avenge for the 3-0 defeat they suffered when they played Oly Dade in the first round. 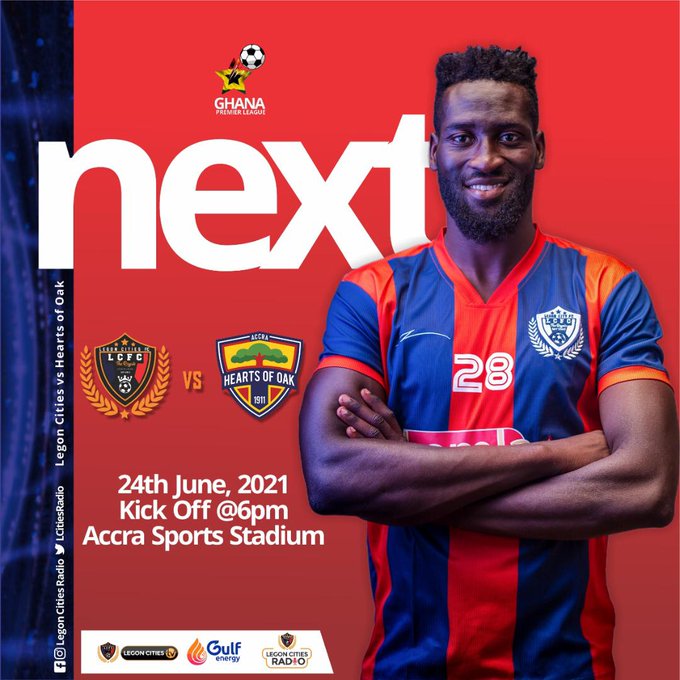 Medeama SC – 4th on the table after 29 games

Cities drew 0-0 at home to Medeama before losing the reverse game by 2-1 in Tarkwa.

Karela United – 3rd on the league log after 29 games

Cities drew at home 0-0 to Karela United and lost 2-0 away to the same opponent.

The Porcupine Warriors have taken the maximum six points from the two games against Legon Cities this season.

Hearts of Oak – 1st on the league standings

Cities held Hearts of Oak to a 1-1 drawn game on 7th February this year at the Accra sports stadium and on Thursday the two teams go head to head again this time with Legon Cities as the home team.

Their full record thus stand at 1 win, 3 Draws, 5 defeats against the Top 5 of the Ghanaian top-flight this season.

Adomako : How you start does not matter, it is about how you end it