Zone Three leaders Accra City Stars have tough test on Match Day four of the Division One League as they travel to Oda to face Kotoku Royals.

City Stars now owned by former Ghana International Godwin Attram are one of the two clubs in the Zone with a 100% record since the commencement of the season. They have bagged three wins from three matches and sit at the top of the table with 9 points.

They began the season with a 1-0 win against Nania FC before doing the unthinkable over giants Tema Youth at Sogakope after beating them 1-0 courtesy of a first half strike from Osah Bernardinho.

Accra City Stars won big on Match Day three as they beat Golden Kicks 3-0 to wrap up what has been an exciting start to the campaign. With 9 points in the bag, they face a tricky test in Oda against Kotoku Royals who boast of an impeccable home record. Kotoku Royals are 6th in the table with 6 points having won two and lost one.

Susubribi FC have been impressive in the League and sit in third place with 7 points (two wins – one draw) from their opening three matches. The Akyem Tafo based club will travel to Sogakope on Sunday to battle Tema Youth for the three points. 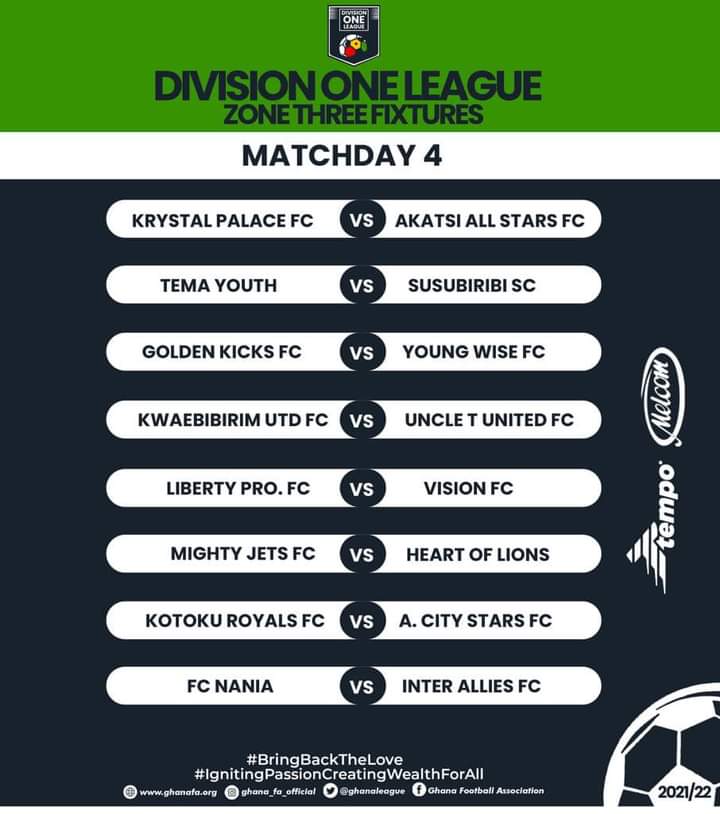 The match is scheduled for 3pm at the Rovers Park. Zone Three Fixtures are captured below: