Do you think Appiah would’ve scored the historic 2010 WC penalty against Uruguay if he had taken it?

When Luis Suarez deliberately handled the ball to prevent a last minute winner from Ghana on July 2nd at the Soccer City stadium in Johannesburg, the then Ajax forward was sent off as a result and a penalty awarded the Black Stars at the 120th minute. 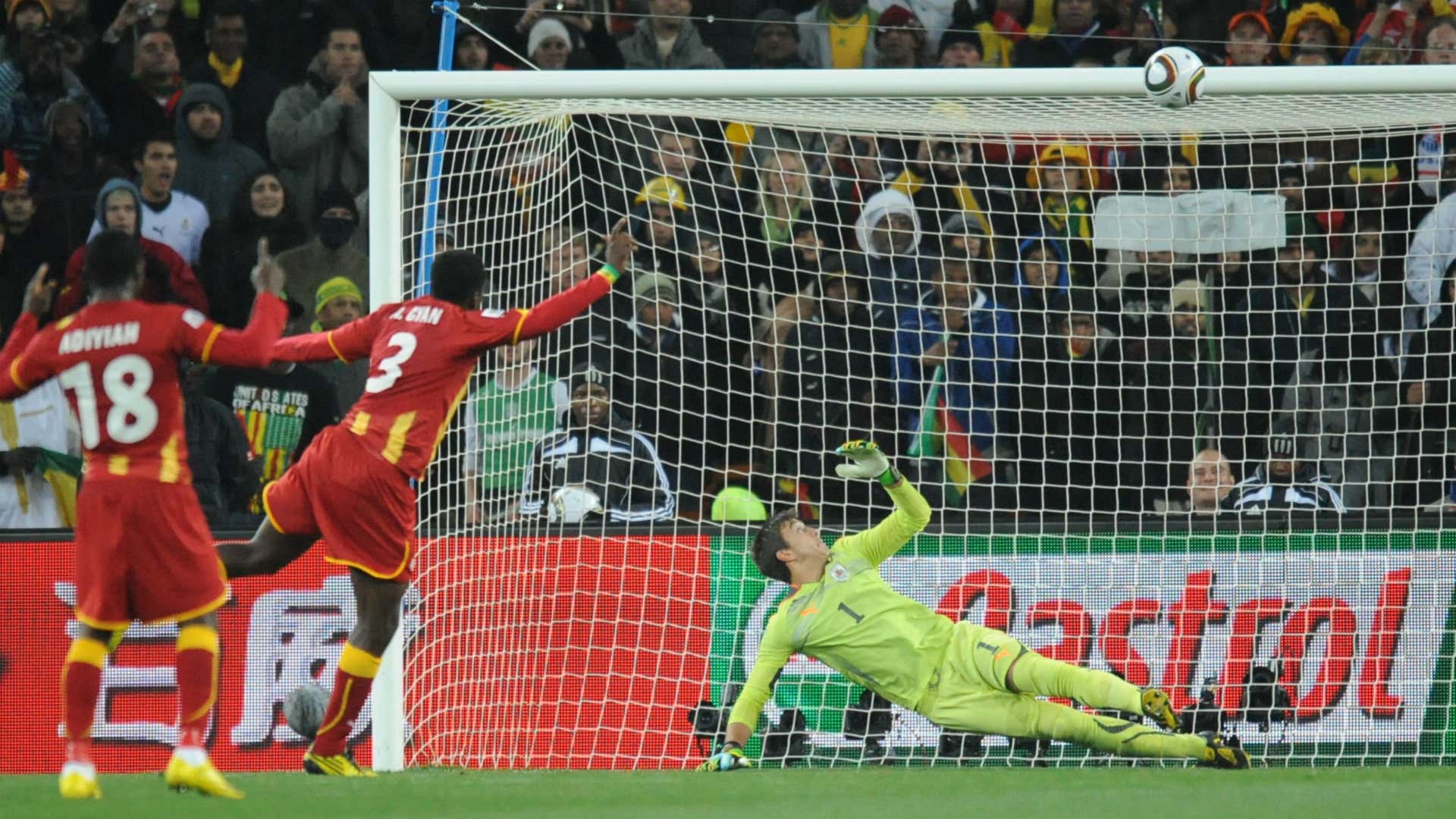 With the game tied at 1-1, the world awaited to see the 120th minute decider from the spot.

Asamoah Gyan – the greatest ever goal scorer Africa has had at the FIFA World Cup – versus Fernando Muslera, the Uruguay goalkeeper. If Gyan scores – which almost all Ghanaians believed he would based on the fact that he had done it against Australia and Serbia at the same tournament – Ghana becomes the first African team to reach the semifinal of global soccer event but he failed to convert.

Appiah celebrated his 41st birthday on Friday December 24th and we ask you whether you think Appiah would have made no mistakes at that crucial point if Gyan had allowed him to take it?