Dreams FC put their opening day disappointment against Kotoko behind them to outclass Elmina Sharks by claiming a 3-1 victory on the road on Sunday.

Striker Agyenim Boateng opened the scoring in the 23rd minute before Kwaku Karikari made it 2-0 just to mintes later.

Playmaker Fatwu Issahaku – who scored a brilliant solo goal against Kotoko – scored the third goal for his team in the 84th minute as Dreams proved to be too much for their hosts. 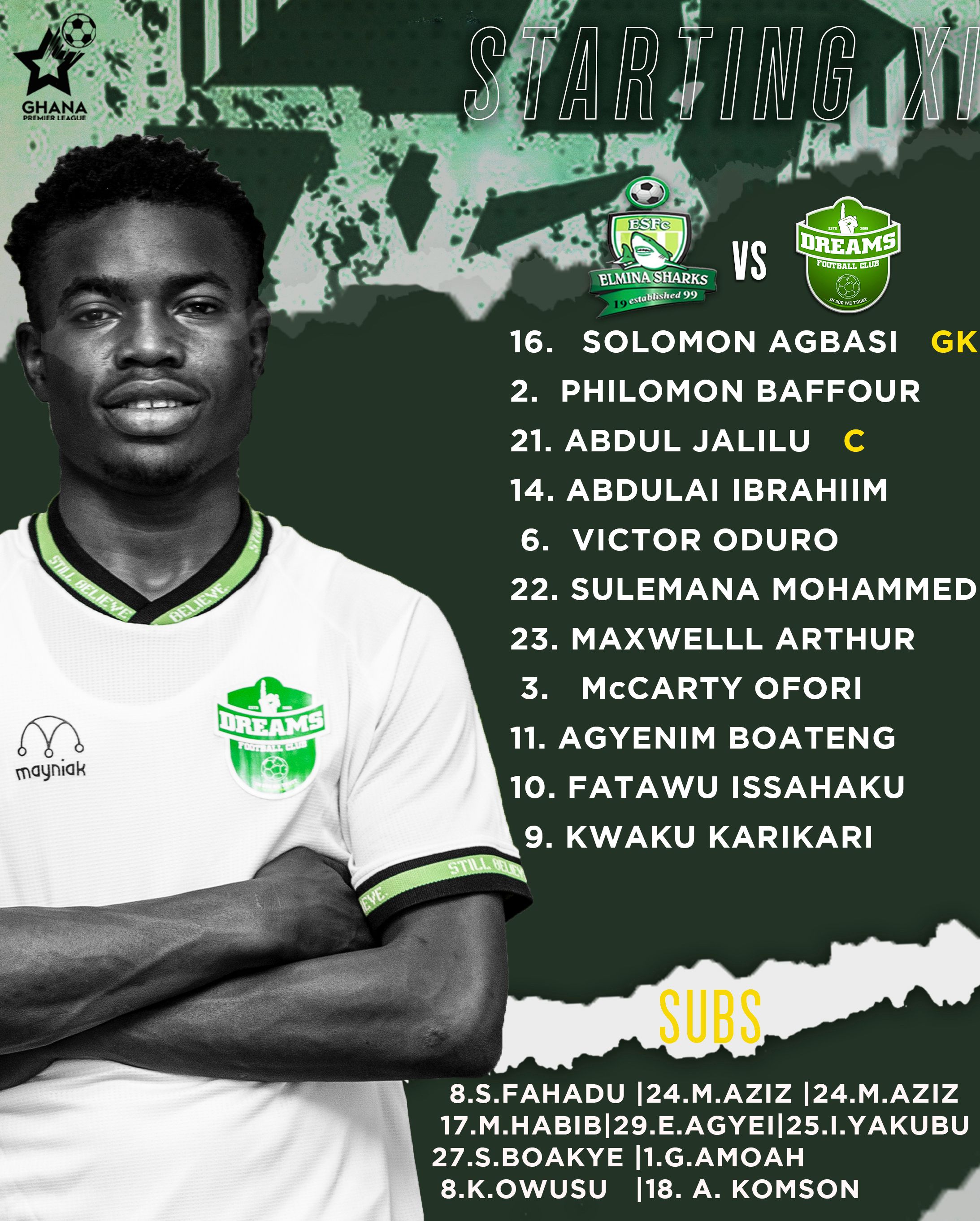