Elmina Sharks 1 Hearts of Oak 1 : Ten-man Sharks refuse to be beaten at home

Elmina Sharks and Accra Hearts of Oak settled for a 1-1 draw on Sunday night during Week 8 of the Ghana Premier League as Sharks finished the game with ten men but they still fought hard to remain undefeated at home this season.

The home team were reduced to ten men as midfielder Benjamin Arthur picked two bookings – one in the 32nd minute and the other in the 77th.

James Bissue opened the scoring in the 20th minute after breaking free from Mohammed Alhassan and Robert Addo who failed to deal with a long ball intended for Bissue.

Justice Mensah should have done better to increase the lead for the home side after he was set up by Bissue but his effort went wide.

At the start of the second period Kingsley Adjei replaced the injured Dennis Mensah for the Fearsome Sharks. 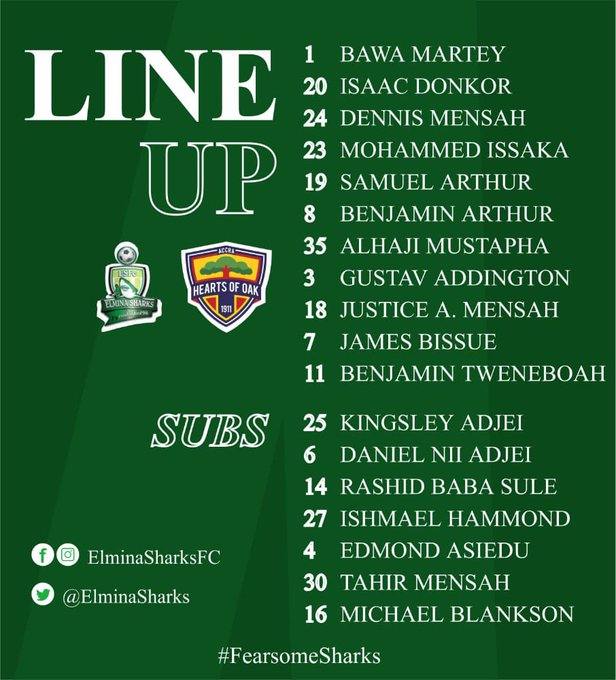 The second half began with Sharks creating couple of chances but could not breach the Phobian defence again and Hearts of Oak second half resilience finally paid off as they fetched the equalizer through striker Aidoo in the 63rd minute when he rose highest in the box to head home from a delightful cross that came from Fatau Mohammed from the right.

Patrick Razak came off the bench in the 77th minute for Afriyie Barnie but added very little to the attack of the Continental Club Masters.

Papic approached the game with a starting formation of 4-4-2 without typical wingers as midfielders Dominic Eshun, Manaf Umar, Frederick Ansah and Benjamin Afutu played very narrow. In-from Victor Aidoo was handed another start after his two goals against Bechem United but for majority of the game it appeared this system was not working.

The Phobians however could not capitalize on the numerical advantage they had for the last 13 minutes of the game  to push for a winner. 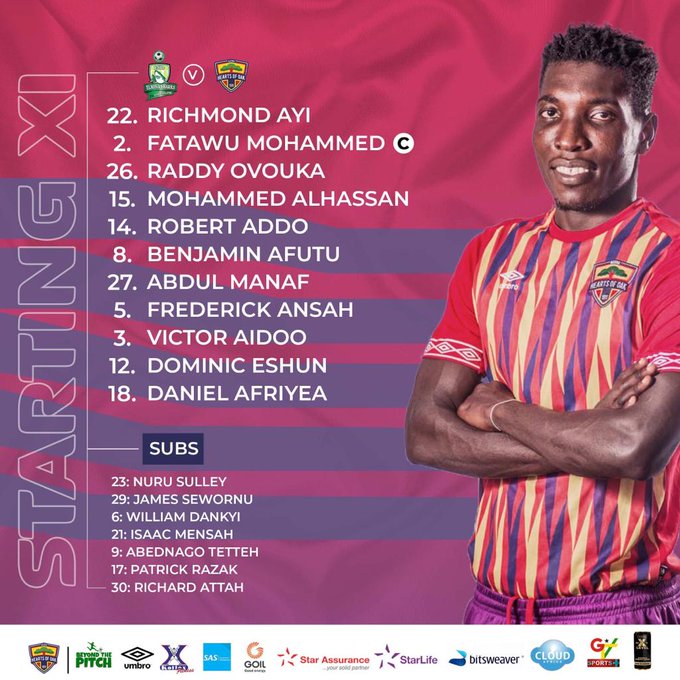