Annan lost his No.1 slot to second choice Kwame Baah after he got married during the 2019/2020 season.

The season fortunately for Annan was truncated due to COVID-19 which provided a chance to reclaim his spot for the 2020/2021 campaign.

At the start of the season, the Black Stars B number one returned to the post for the first two matches but unluckily picked an injury during matchday two fixture against Berekum Chelsea. 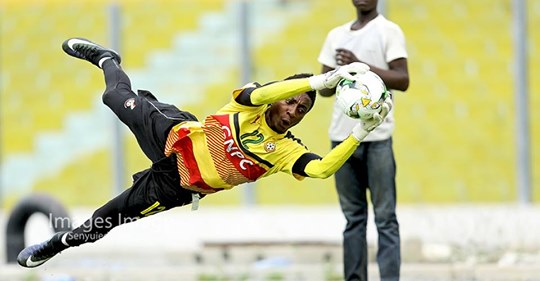 Since the injury in November last year, Annan has warmed the bench even after getting back to full fitness.

Black Stars goalie Razak Abalora who happens to be the second choice has taken over the number one spot at Kotoko.

Speaking with Kessben FM regarding the issue, George Owu said the circumstance makes it perfect for Annan to leave Kotoko for another opportunity elsewhere in the league.

“If he is not getting playing time he can move to another club. That is better than staying at Kotoko and become rusty, which will not help. As a player, you have to be smart at a certain stage. You have to make a decision that will help your future looking at the situation.”

“Sometimes you can fight. But if you fight and still nothing changes, everything is the same it means you have to leave. When you are fighting and the chances are not coming then you have to go and find another club and play. When you another chance to perform the club will call you back.”