The initial contract of the 26-year-old was due to expire on this summer but he has now appended his signature to a fresh contract which will see him play for the “Tigers” up to June 30, 2023. 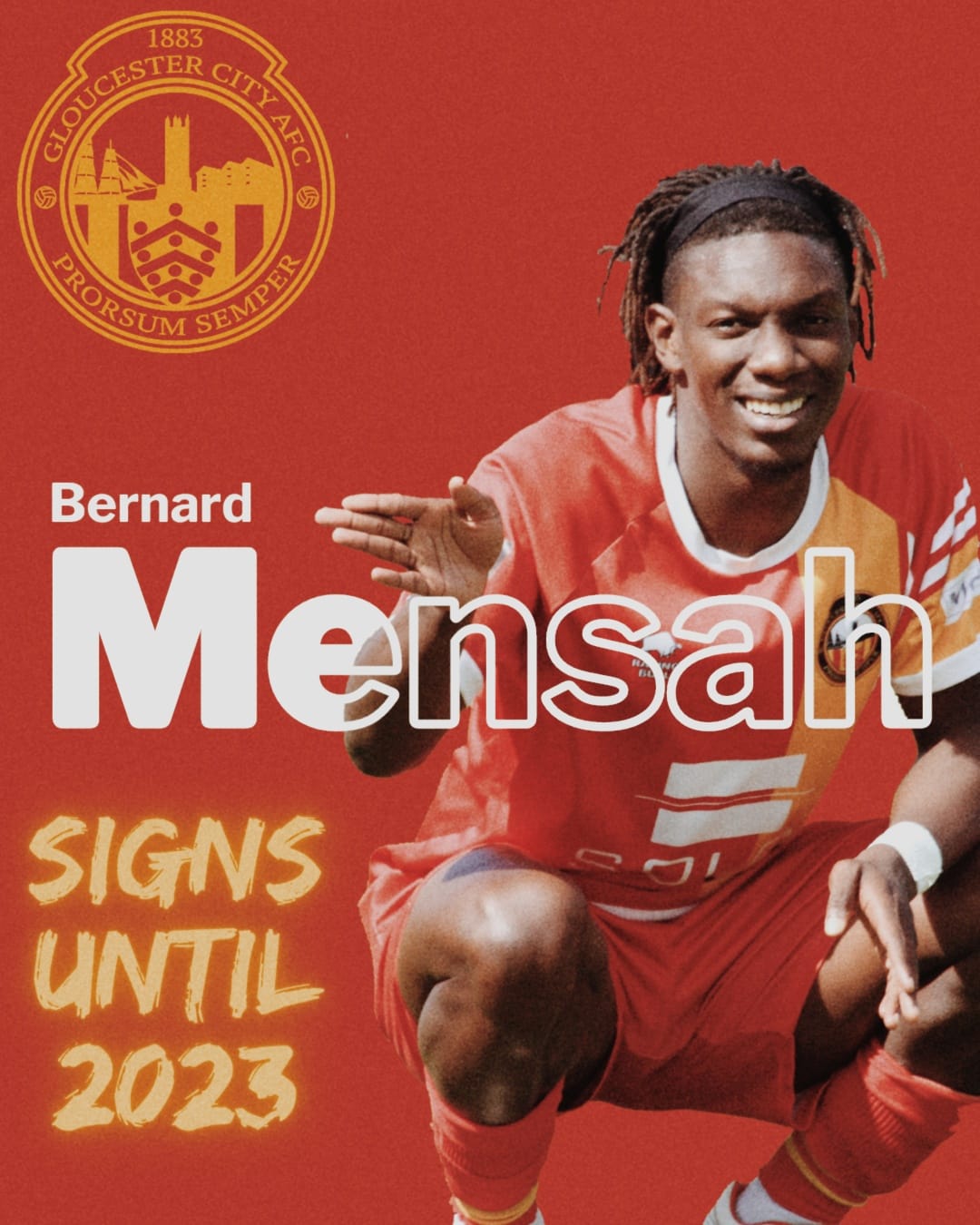 Mensah joined Gloucester City from Maidenhead exactly a year ago and has so far featured in 25 league games scoring one goal.

He had his formative years at Watford but was released in 2015 and has gone on to play for a host of teams including Bristol Rovers, Lincoln City, Aldershot Town and Maidenhead.

Tyrese Fornah pleased with his development at Plymouth Argyle