Christian Atsu being chased by Celtic

The Ghanaian winger has 65 caps for his country but his career has stalled in the northeast. 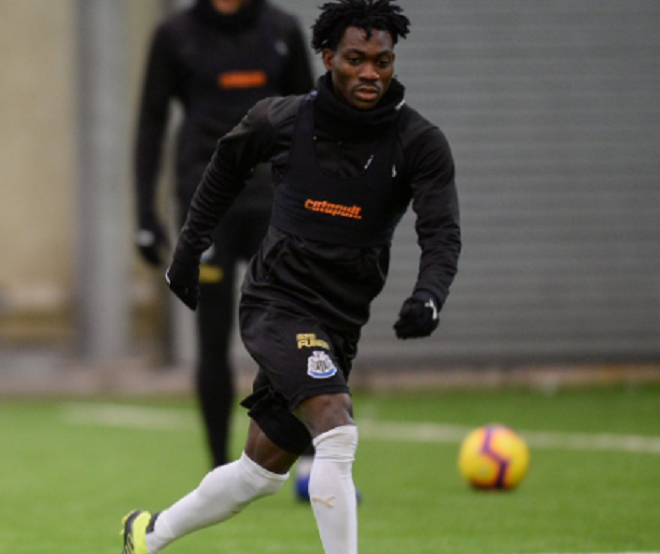 That may mean that reported interest doesn’t exactly get Celtic fans excited but we’ve got three reasons he could be a success at Parkhead.

Like Atsu, Fraser Forster and Mohamed Elyounoussi were forgotten men in England before they moved to Celtic.

Getting a chance at Parkhead has allowed both to turn their careers around.

It’s amazing what getting away from a club where you’ve fallen out of favour and actually playing regularly can do for a player’s form and confidence.

Atsu should be looking to do similar.

He’s capable of playing either side, and could offer much-needed backup to Elyounoussi and James Forrest out wide.

That should allow him to slot in somewhere to earn a chance to impress Lennon. The rest would be up to him.

Atsu worked under Rafa Benitez at Newcastle. The Spaniard doesn’t suffer luxury players gladly, or anyone who doesn’t contribute to his defensive organisation.

The winger actually embraced Benitez’s methods and described him as a ‘father figure’ to the Guardian in February 2019.

Lennon will likely demand similar diligence, work-rate and commitment, which should get the best out of Atsu.

At 28, Atsu still has plenty to give if Celtic take a chance on him.

Brighton in advanced talks with Tariq Lamptey on new contract