The Black Stars hitman has scored two in three to give the Swans hope of beating the drop.

Jordan Ayew is unlikely to have too many fond memories of 2017.

He secured a move to Swansea City at the beginning of the year, but struggled to truly find his feet during the second half of last season even as the Welsh side pulled away from the dropzone.

Ayew ended last term with just one goal in 14 appearances back in the top flight with Swansea, and was largely a peripheral figure in their survival act.

This season hasn’t been much better for the Black Star, as the Swans have again struggled at the wrong end of the table, before parting ways with last season’s saviour Paul Clement on December 20th.

Internationally, the striker’s relationship with the Ghana national side soured after Kwesi Appiah’s appointment, with Jordan dropped—amidst suspicious circumstances—following the 1-1 draw with Congo-Brazzaville.

A fine performance in Ghana’s 2-1 victory over the Democratic Republic of Congo in the Africa Cup of Nations quarter-final was a rare highlight in one of the forward’s more disappointing years with the Black Stars.

However, despite all of the disappointment of 2017, there are reasons for optimism as we enter a New Year.

Jordan had won just once since mid-October before Swansea’s December 30th fixture against Watford, a first at the helm for Portuguese coach Carlos Carvahal, recently recruited from Sheffield Wednesday.

Having contributed the equaliser in the vital home draw against Crystal Place on December 23rd—after being introduced as a 66th-minute substitute—Jordan again made a decisive contribution against the Hornets.

Heading into the latter stages of the fixture, Swansea were reeling; they were behind following Andre Carrillo’s opener, and even Carvahal’s reported half-time hairdryer act hadn’t yet lifted them from their lethargy.

That all changed in the 86th minute when the influential Jordan, picked out by Oliver McBurnie, beat Heurelho Gomes to level the scores, having earlier seen a fine effort from distance smash against the crossbar.

The equaliser would have been enough to prompt revival talks, but when substitute Luciano Narsingh netted a winner at the death, it was sufficient to transform the mood among the Jack Army.

It also lifted Swansea three points from safety ahead of the visit of Tottenham Hotspur on Tuesday evening, and gave them belief that they can yet halt the rot. 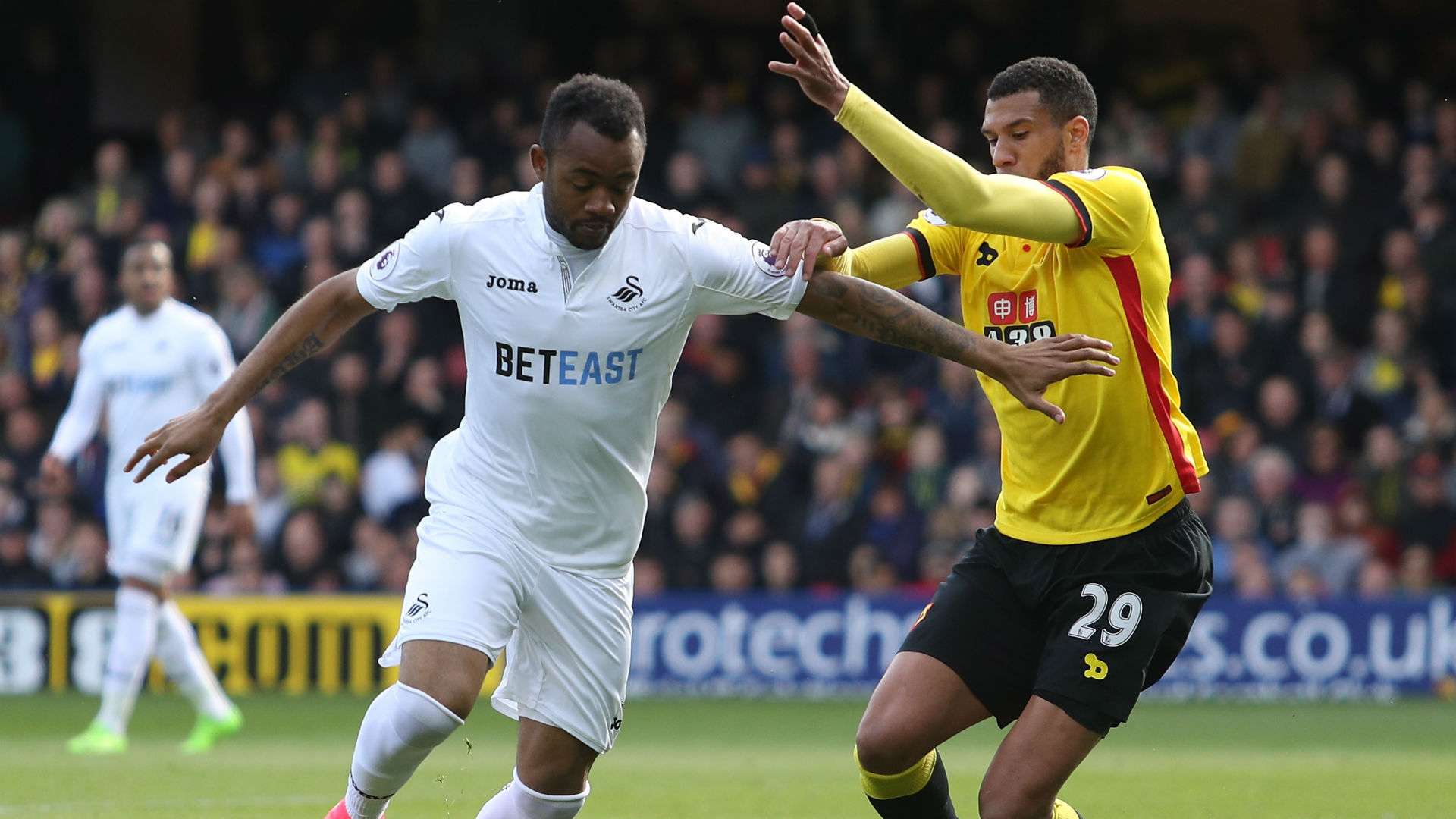 It’s not an exaggeration to say that Jordan’s performance can be one of the key reasons for optimism among Swans fans…and that’s not simply because of the struggles of Tammy Abraham and Wilfried Bony at the Liberty Stadium.

As evidenced by his early long-range effort that hit the woodwork, Jordan is playing with confidence—something that wasn’t always the case in 2017.

He was relishing a more central role, where he found himself at the heart of the action, and appeared constantly keen to take responsibility for the Swans’ attacking moves.

His performance against Watford certainly wasn’t the performance of a player cowed by the prospect of a second relegation from the Premier League.

Speaking after the match, Jordan told BBC Sport that the new coach had asked him to be an inspirational presence within this Swansea, and marking Carvahal’s reign with a goal ought to give the forward the confidence to take on more authority within this struggling side.

“The gaffer came in and asked me to be the leader in the dressing room,” Ayew began. “I try to do that, I try to show it on the pitch as well as with my running, with my commitment, with my fighting spirit and that’s what I try to do now.

“I don’t like to lose because I think I can do much more, I can give more to the team.”

At Aston Villa, Jordan bounced back from relegation in his first season to impress in the Championship, and his recent performances suggest that he could yet make a success of his time at Swansea.

Ghana fans—those who still have faith in the attacker—may hope that a Black Stars revival could follow in 2018.

Video: Watch how Andre Ayew scored his fourteenth goal of the season for Swansea City