Asante Kotoko captain Felix Annan has dismissed widespread reports in the local media that he has handed in a transfer request to force a move from the great club.

The Porcupine Warrior lost his No. spot in the posts to Kwame Baah under Maxwell Konadu last season, a decision many fans have kicked against as they want him to remain the club’s first choice Goalkeeper. 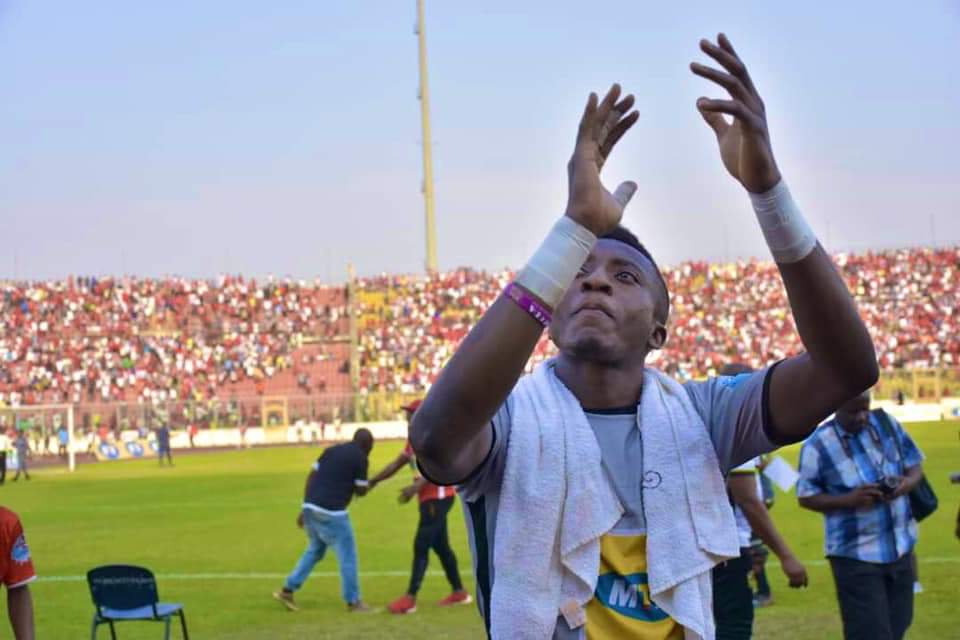 Reports in the media suggested Annan has out of frustration handed in a transfer request to the club to sanction his exit from the club.

However, Annan has denied such reports in an interview with Kesben Sports.

Annan will be hoping to reclaim his position when Asante Kotoko kick start their next season’s  CAF Champions League.