by SPORTS WORLD GHANA
in African Soccer
Reading Time: 3 mins read
A A
0
0
SHARES
Share on WhatsappShare on FacebookShare on Twitter
- Advertisement -

CAMEROON and Australia kept their slim Confederations Cup hopes alive after playing out an entertaining 1-1 draw this afternoon.

Both teams arrived at the Stadion Krestovskyi desperate for a win after losing their opening matches.

Cameroon were defeated 2-0 by Chile while Australia gave Germany a fright despite losing 3-2.

However, neither side could find the ultimate breakthrough as they each took away a point ahead of their final games against the Group B leaders, who play later this evening.

The match started quickly, with Cameroon having the better of the chances as they exploited the wide areas of the pitch.

And the African Cup of Nations champions were rewarded moments before half-time when they took the lead through Andre-Frank Zambo Aguissa.

The ace latched onto a terrific pass before deftly chipping the Aussie keeper and sending half the stadium into raptures. 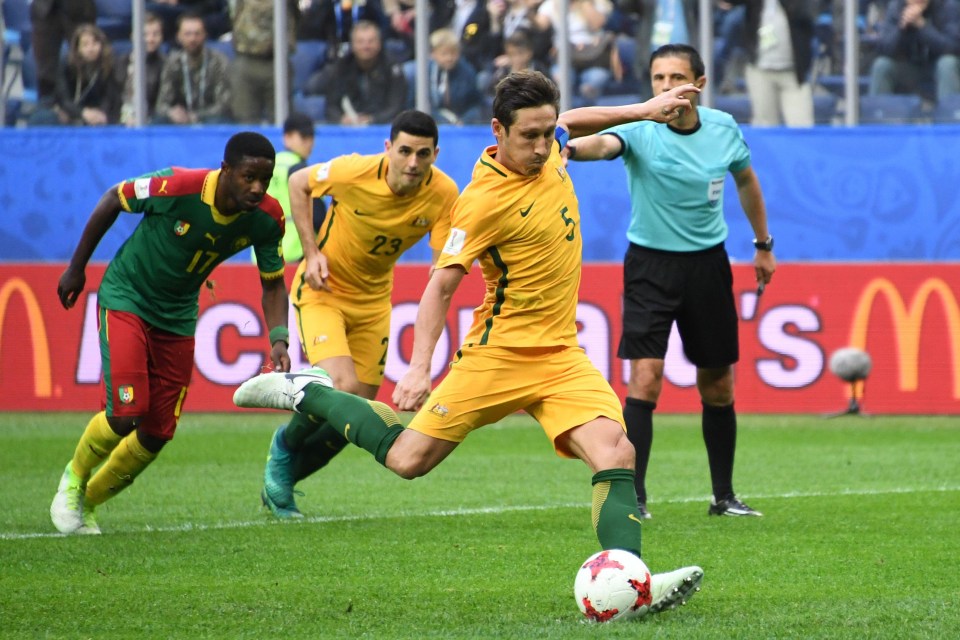 But the lead was short-lived when Mark Milligan equalised from the spot after 60 minutes.

Gersbach was fouled by Mabouka in the box and Milligan kept a cool head to restore parity.

The result means that both Cameroon and Australia now have a point on the board, with Chile and Germany already on three ahead of their game tonight.

Cameroon and Australia still technically stand a chance of reaching the next round, but it seems unlikely either will actually make it.