Former Ghana Premier League trio have been unveiled by AS Simba Kolwezi in the Democratic Republic of Congo ahead 2020-21 Vodacom Lig 1 campaign. 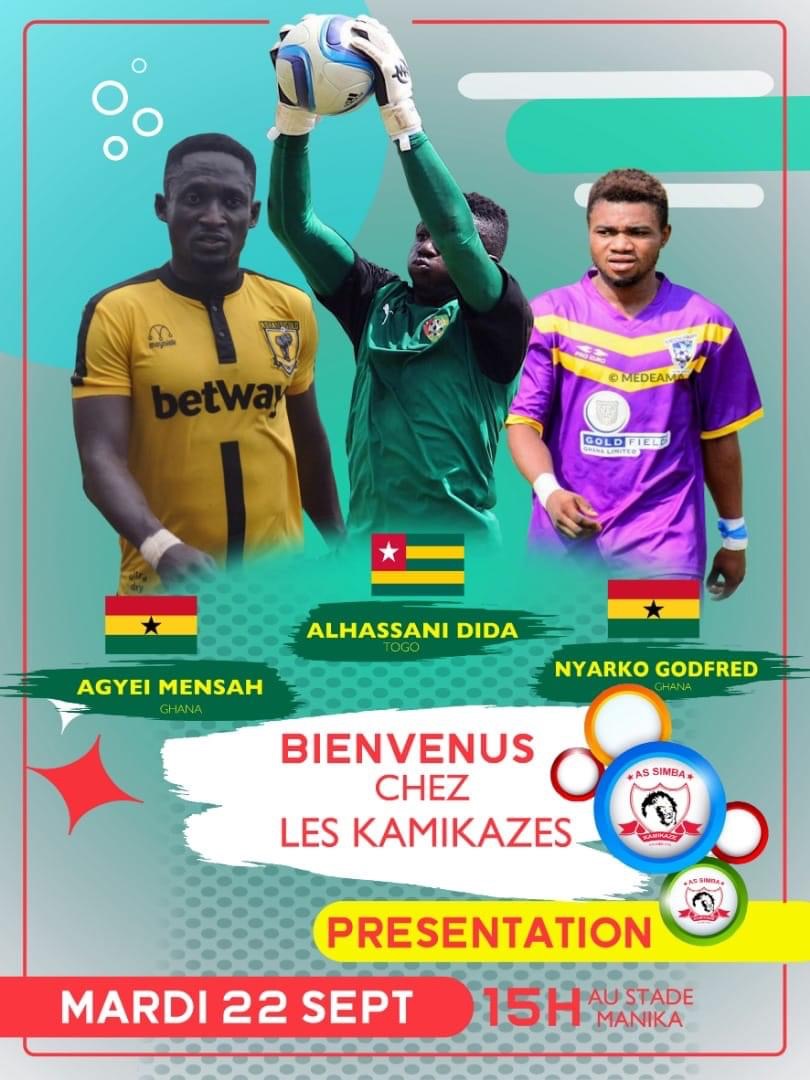 The unveiling, which took place on Tuesday, September 22, 2020, in front of hundreds of supporters of the Lubunbashi based club was aimed at instilling hope and raising the expectations of the fans ahead of the new campaign.

After the unveiling, the club took to social media to announce their latest acquisition with a message of hope; 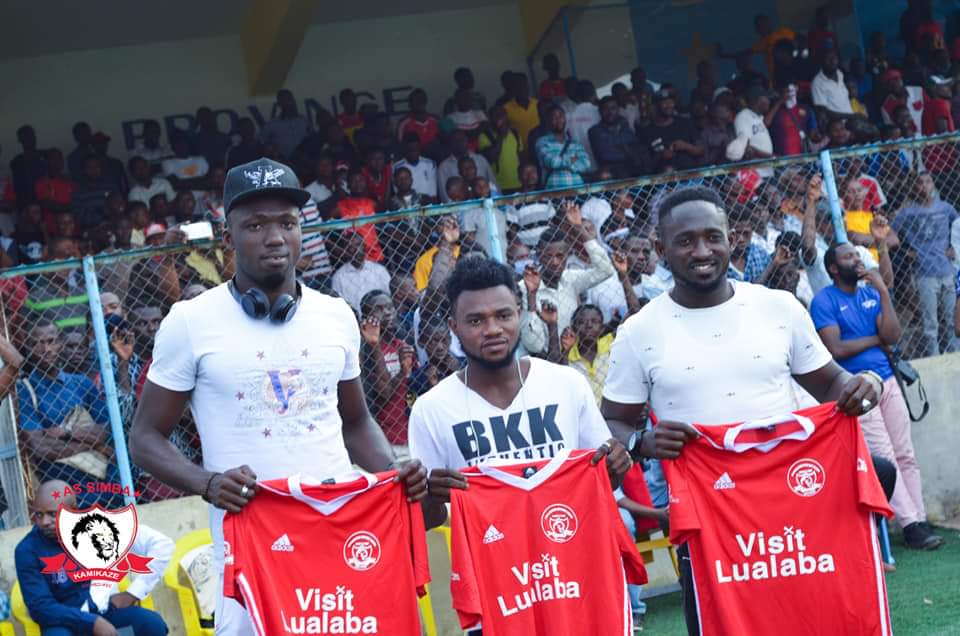 On the ruins of the past and on the ashes of a sad season, the new committee builds a construction site that meets the expectations of supporters long distressed by overwhelming results.

The Kamikazes want to hustle the hierarchy this season, during the 26th edition of the Vodacom Ligue 1.