Gladson Awako put all the controversy that surrounded his transfer to Hearts of Oak with a brilliant effort at the Ndoum Park on Wednesday as the Ghanaian champions won by 1-0 with both sides finishing the game with ten players each.

The former Great Olympics captain came off the bench in the second half to provide the needed breakthrough for his team in a match that was seemingly heading for a draw.

The former TP Mazembe midfielder received a pass from Ibrahim Salifu from outside the box before powering a clever strike that shook the back of the net.

Awako had replaced Enock Asubonteng in the 64th minute before going on to score the only goal of the game in the 72nd. 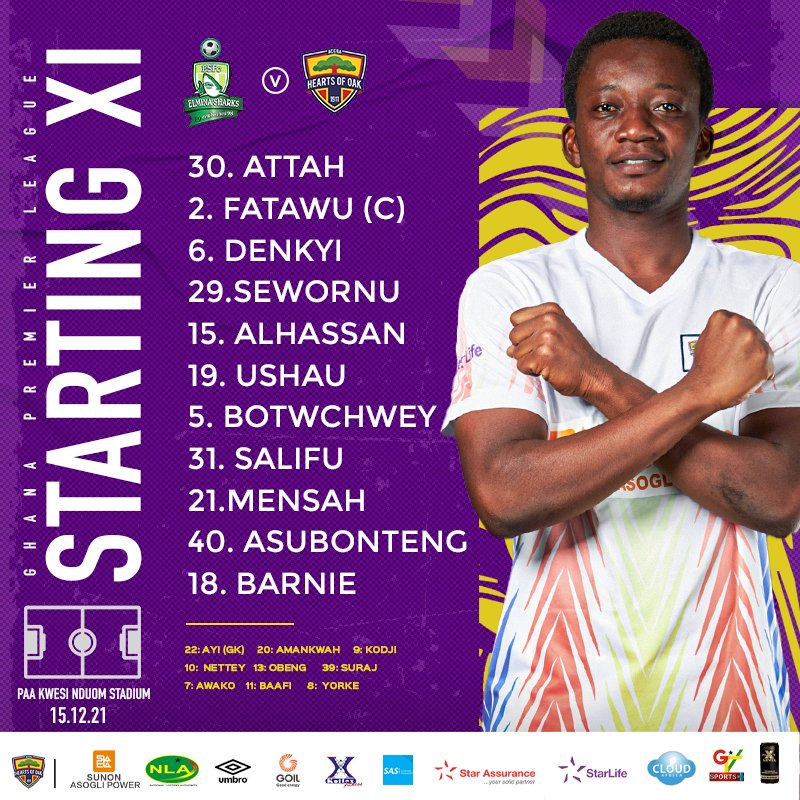 Elmina Sharks’ Ibrahim Suraj and Salifu of Hearts of Oak were both sent off for receiving two bookings.