by SPORTS WORLD GHANA
in Boxing, Football, Ghana, Other Sports
Reading Time: 1 min read
A A
0

Ghana’s Government has given the approval for the payment of $45,000 loan owed boxing legend David Kotei, popularly known as D.K. Poison.

D.K. Poison in 1976, loaned to the government of Ignatius Kutu Acheampong an amount of $45,000 out of his purse of $75,000 from his second title defence against Japanese Shig Fukuyama for the purchase of some commodities for the state.

However, 44 years on, all attempts to reclaim the money from the state have proved futile despite promises by past governments to ensure he was reimbursed with the amount owed him.

D.K. Poison last year paid a courtesy call on Akufo-Addo with the President promising to resolve his claim.

In a letter dated 28th September 2020, the President has given his approval for the payment of D.K. Poison’s loan.

On September 20, 1975, D.K. Poison became the first Ghanaian to win a world title when he defeated the champion, Reuben Olivares, by split points in a 15-round clash in Inglewood, California.

He lost the title the following year after unanimous points defeat to American Danny “Little Red” Lopez at the Accra Sports Stadium.

Read below the letter: 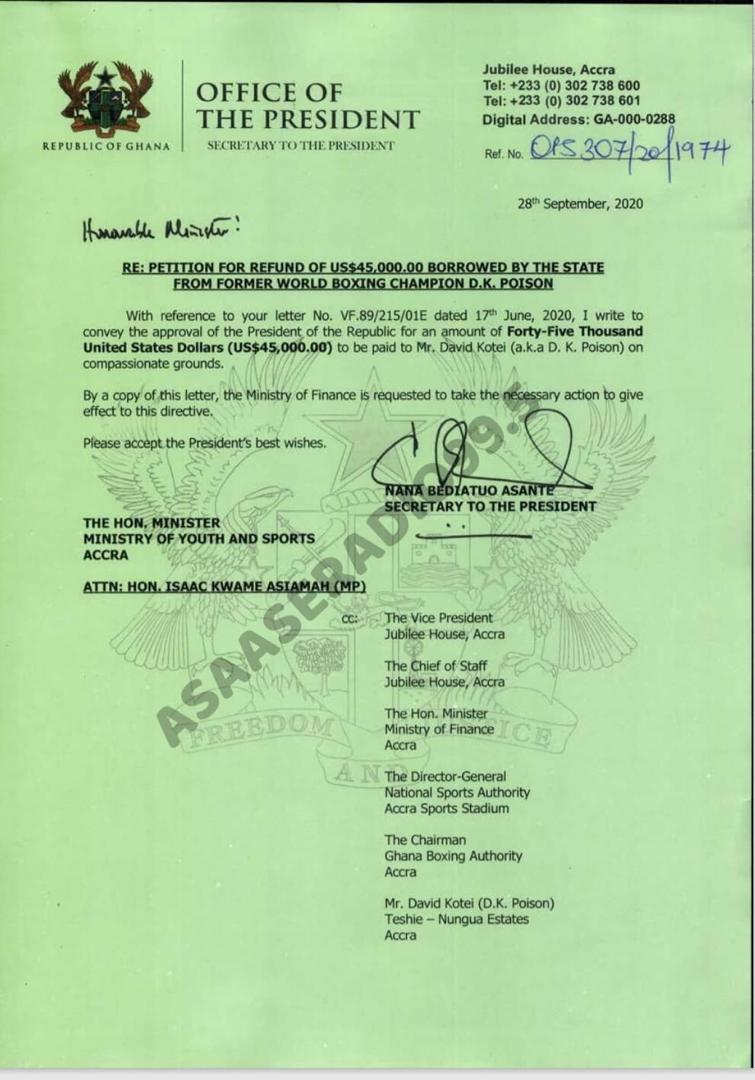 Caf CC: of Oak travel to Algeria with 23 players for Saoura return leg