Asante Kotoko SC will host WAFA on match day 26 of the Ghana Premier League at the Obuasi Len Clay stadium on Saturday.

Asante Kotoko had to work their socks off to claim a point against Liberty Professionals at the Red Bull arena on match day 25 – extending their unbeaten run to four games with three wins and one draw.

Asante Kotoko have not lost since Sunday, April 24 when they lost at home to Medeama SC at the Len Clay stadium.

Emmanuel Gyamfi who missed the game against Liberty Professionals has returned to the side for Saturday’s encounter against WAFA. The skipper has scored three goals in his last two matches’ for the Reds.

A victory over WAFA on Saturday will take them back to the top of the table.

WAFA have been excellent on the road in recent weeks winning against Berekum Chelsea (3-2) and Medeama SC (2-1) and are currently placed 8th in the League standings with 38 points – a win on Saturday could put them in good place for a Top Four charge. 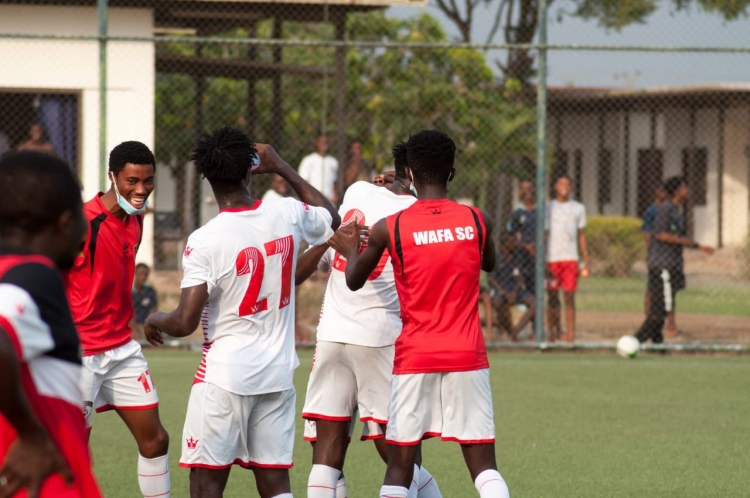 The Academy lads have never beaten the Porcupine Warriors at away in the league. The current form of Justus Torsutsey and Abdul Issah Basit – and the return of Augustine Boakye to full fitness give coach Prosper Narteh Ogum confidence heading into the match.

Still on Saturday, Accra Great Olympics will look to return to winning ways against bottom placed Inter Allies at the Accra Sports stadium. The Dade Boys dropped to the fifth spot following a 3-2 loss to two-time champions Aduana FC on Sunday. The reverse fixture ended 2-0 in favour of Great Olympics in the first round of the season.

On Sunday, Berekum Chelsea will square off with Karela United at the Golden city Park in Berekum, Legon Cities will play Aduana FC at the Accra sports stadium while Ebusua Dwarfs host Liberty Professionals at Cape Coast stadium.

Medeama SC have a date with AshantiGold at the Akoon Park in Tarkwa on Sunday. The mauve and yellows have not won a match since their home win against Ebusua Dwarfs on Sunday, May 2, 2021. They sit in fourth place with 40 points – six points behind leaders Accra Hearts of Oak. A win for Medeama will help push their title charge. AshantiGold have endured an inconsistent second round – dropping to ninth with 34 points. 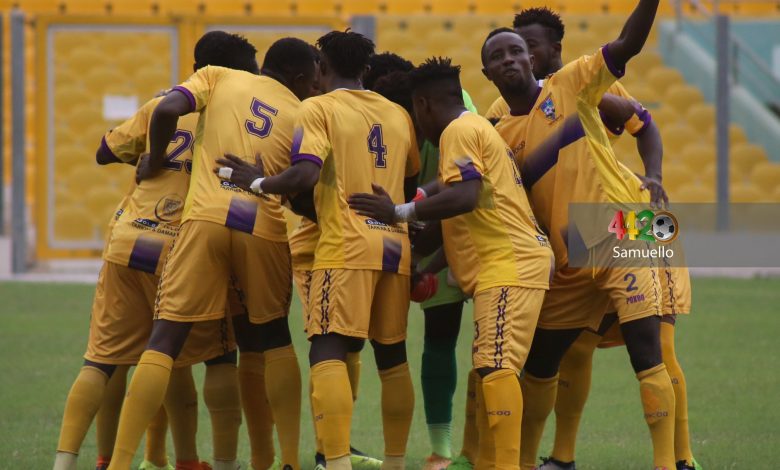 Elmina Sharks will aim for a win against King Faisal after losing 2-0 to Hearts of Oak on match day 25. Coach Nii Odartey Lamptey’s side are in the League table with 30 points while Faisal occupy the 17th spot with 26 points.

Finally, Dreams FC face another difficult test against Bechem United at the theatre of Dreams on Sunday. Coach Vladislav Viric’s men threw away an early lead to draw 1-1 with Ebusua Dwarfs on match day 25. The Still Believe lads have lost two matches at home (1-0 score line against Asante Kotoko and Great Olympics) – and will fight for a win against the Hunters. Dreams FC have amassed 38 points and sits in 7th place while Bechem United occupies the 10th position with 33 points – five points behind their opponents.