The May 2021 report of CIES revealed that the West African is the second highest exporter of players in Africa and just behind Nigeria who are placed 8th globally.

Brazil topped the list of countries that transports the most players globally, followed by France, Argentina, England and Germany.

Ghana, according to CIES is represented by 311 players across 145 leagues from 96 national associations worldwide with Nigeria having 394 in terms of representation.

The 2010 FIFA World Cup quarter-finalist are placed 12th in the global ranking with Nigeria occupying the 8th position. Ivory Coast, however, came sixteenth.

The CIES Monthly Report analyses the presence of expatriate footballers in 145 leagues from 96 national associations worldwide.

The sample is made up of players having been fielded or present on the bench in domestic league matches during the current season.

In the nine competitions where it has not been possible to find the list of players fielded, their presence in the squad has constituted a criterion for inclusion.

Below is the list of top ten highest exports of players: 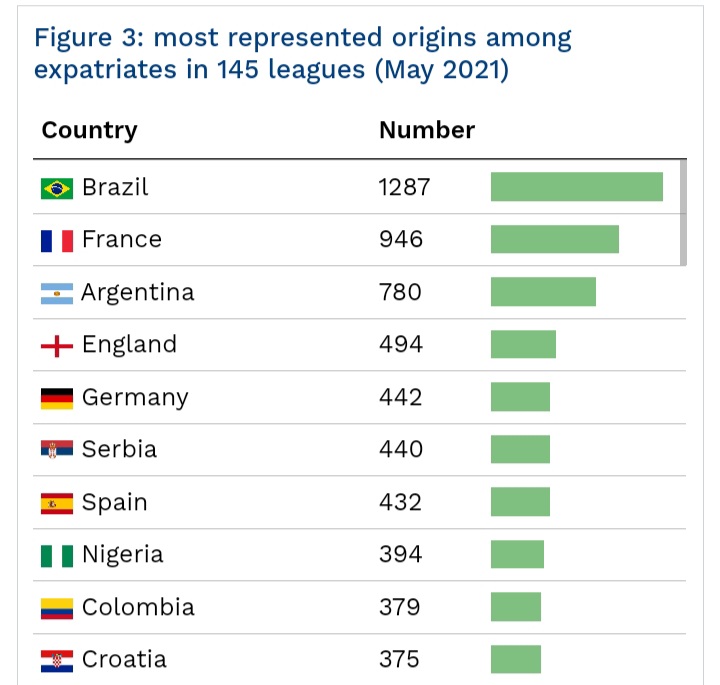 Akwasi Asante to be fit for Chelsea clash