Ghanaian international Robin Polley has emerged as defender with the best dribble success rate in the Dutch Eerste Divisie after matchday five.

According to the league’s official website keukenkampioendivisie.nl, Polley is the best dribble king of the Kitchen Champion Division.

In the first five rounds of play, the ADO Den Haag asset set up 37 dribbles and managed to past an opponent 24 times. With this he has more successful dribbles than any other player at this level of Dutch football.

The 21-year-old only needs two more successful dribbles to match his total from last season. 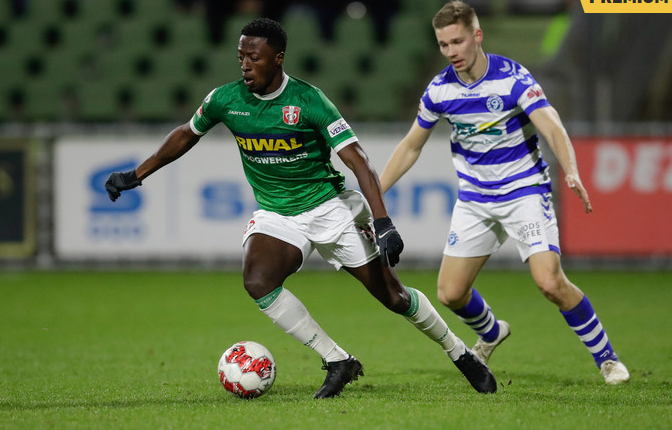 The Ghanaian youth international had the most touches with the ball (332) and won possession the most (36) compared to his teammates.

Also, only Nikki Baggerman (28) gave more passes that ended in the opponent’s penalty area than Polley (22). This is why the FC Dordrecht right-back was deployed to the right midfield against Young AZ instead of his usual right-back position.

Robin Polley would be hoping to continue his impressive display for FC Dordrecht when they face TOP Oss on Monday in week six of the new season.

Polley who is the son of former Ghana international Prince Polley was a member of the Black Meteors team who failed to book qualification to the 2020 Tokyo Olympic Games at the Caf U23 AFCON in Egypt last year.