Ibrahim, who is one of Hearts’ instrumental players, believes the players are working tirelessly to ensure they finish the season as champions of the league.

The Phobians last won the top flight league in 2009 but have an opportunity to end their drought, having leapfrogged rivals Asante Kotoko at the summit of the log.

Hearts are joint top of the table with Kotoko on 46 points but lead on goal advantage with six matches remaining.

Their 20-year-old star has been one of the Premier League’s stand-out players, having won the most NASCO Player of the Match Awards — seven in total — in 23 appearances for the Phobians, and will be key to the team’s success this season. 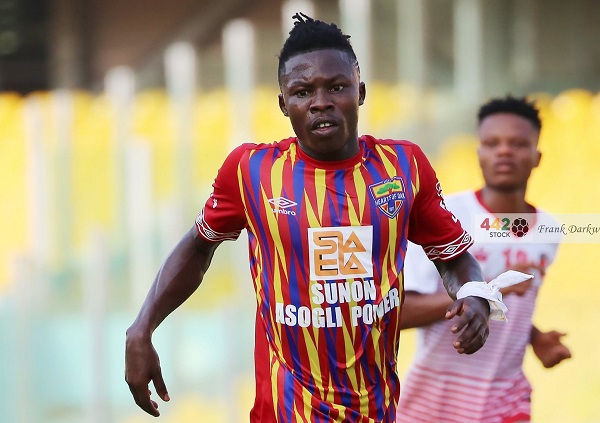 In an interview with the Graphic Sports, Ibrahim welcomed pressure from Kotoko and other title-chasing sides going into the final league matches of the campaign.

“Everyone at the club is ready to make it happen,” said Ibrahim, who has won seven man of the match awards in the ongoing league season.

“It’s been ten years already and we want to end the league title drought for Hearts. We know what is at stake so we are working tirelessly to achieve that.

“We know there is pressure to win the league title but we are enjoying it, especially from Kotoko. It is going to be tough but I am hopeful we will triumph,” Ibrahim told the Graphic Sports.

Hearts will welcome Berekum Chelsea to the Accra Stadium on Sunday, with the focus of extending their four-match winning streak in the league.

Meanwhile, Kotoko will face Aduana Stars in a tricky duel on Saturday when they travel to the Nana Agyemang Badu Park at Dormaa-Ahenkro.