King Faisal Football Club influential player Kwame Peprah says he is not in a haste to leave the club following several reports linking him to different teams.

The attacker has scored 7 goals after 11 games this season and has been linked to both Hearts of Oak and Asante Kotoko but the former Kaaseman United player is not thinking about transfers at the moment.

“I am not in a haste to leave King Faisal now. I want to make a big name with the club at least in the next five years.” Peprah told SPORTSWorldGhana.com

“I am concentrating on helping the team in the league and I must say I am not thinking about offers.” he added. 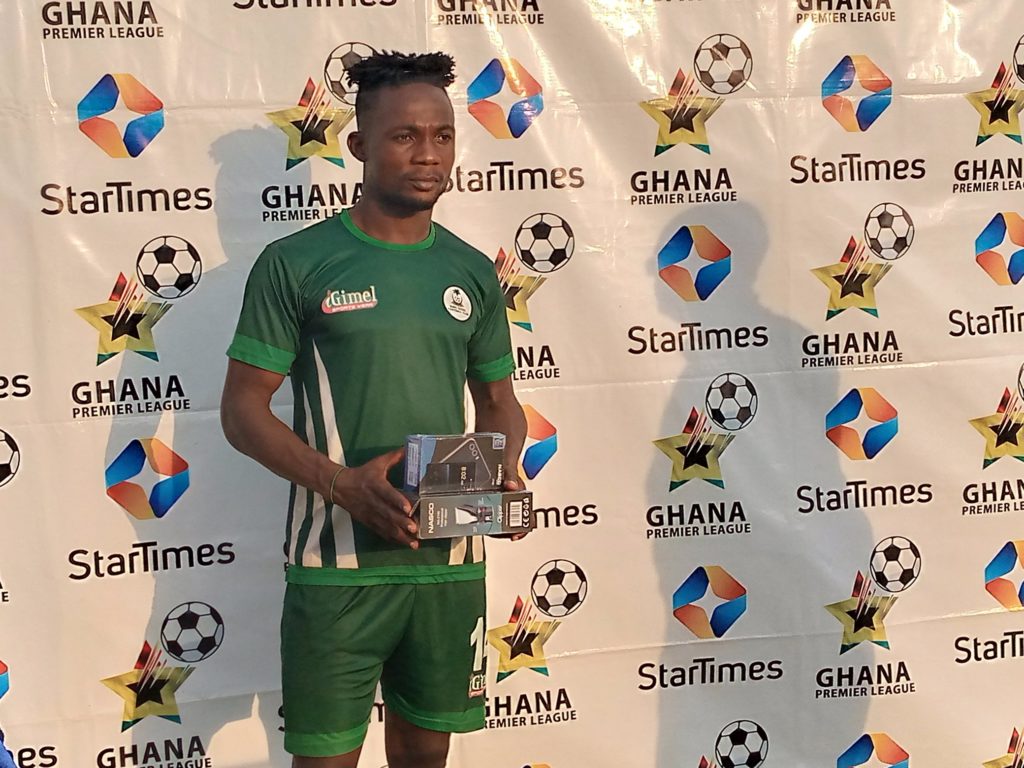