I could’ve played at least 100 games for Egypt- Mido

I could’ve played at least 100 games for Egypt- Mido

Egypt’s Ahmed Hossam ‘Mido’ sheds some light on his Egypt international career, his famous tussle with Hassan Shehata, his opinion on Marco Tardelli and his first few years at a young age.

Ahmed Hossam ‘Mido’ played in four of Europe’s top five leagues, but his time with the national team came to an early end after his famous tussle with Hassan Shehata in the 2006 Africa Cup of Nations winning campaign.

Mido did not take the decision to come off against Senegal lightly, having an argument on the sidelines with then manager Shehata. His career with the Pharaohs was never the same after that incident.

“I could’ve played at least a 100 games for Egypt but I had my famous fight with the manager back in 2006,” Mido tells Soccer AM.

Speaking about that touchline incident, the former Roma forward said: “We had a very bad history me and him. We had a lot of arguments, I can’t say that it was all his mistake because I was a difficult boy to manage and we had a big argument and then they decided not to invite me for the national team so I played 50 games but I could’ve played easily 100 games but with football sometimes you have to accept things.”

“The manager after that won 2 Africa Cup of Nations titles, so he had his own way of working and it worked for him and you can’t complain about that, if the coach is winning you can’t complain that’s how football is,” reveals the 35-year-old.

“So, I was unlucky with how things went in the end with Egypt but very very proud with the 50 games I played and the number of goals that I scored for Egypt.” 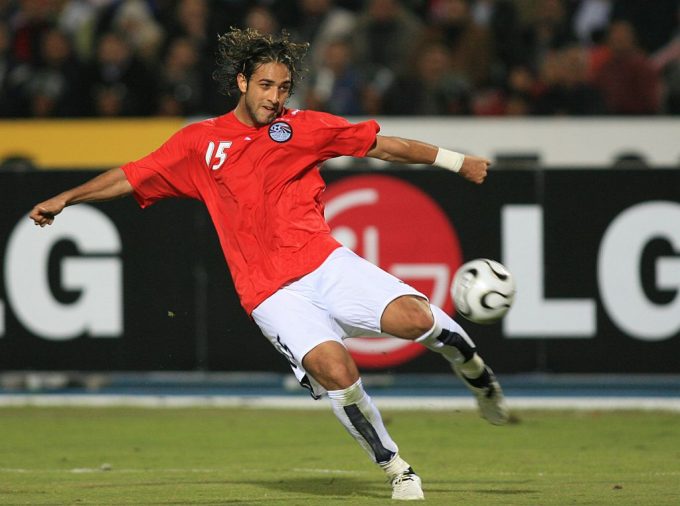 Before Shehata, the Pharaohs had another manager, former Inter boss Marco Tardelli. Tardelli did not enjoy the best of spells in Africa in 2004.

“Tardelli had never been a coach, he managed Inter for six months, very big disappointment, one of the worst periods in Inter’s history where they lost 6-0 to AC Milan and he’s the reason Robbie Keane left Internazionale, he was never a coach and it was a big risk to get him to Egypt but to be honest he’s a good man, be he had never been a coach and after that he never coached,” Mido expressed.

The former Zamalek player made his debut a long time ago. He goes to recall his first few games with the national team.

“I played at a young age for Egypt, 17. So I was very proud of course. I played one of my first games against Morocco and in the stadium we had 110,000 people. I was 17. I remember we would run out to the warm up and when I looked at the stands I got cramps everywhere! It was scary,” concluded Mido.