by Staff reporter
in Africa
0

Hector Cuper spoke about Abdel-Shafy’s situation, Elneny and Kahraba ahead of Egypt’s crucial encounter with Ghana’s Black Stars in the 2017 AFCON.

The Pharaohs are set to face the Black Stars on January 25 at Stade de Port-Gentil, Port-Gentil in the third and final round of the group-stages.

Cúper’s men are currently second in group D, two points behind Ghana and they need at least a draw to guarantee a place in the knockout rounds.

“Ahmed Fathy, Omar Gaber, and Karim Hafez can all replace Mohamed Abdel-Shafy, who was injured last game,” Cúper said in his press conference ahead of the Ghana game.

“Until now Abdel-Shafy’s situation is unclear, but we have other solutions.

“I spoke with Ramadan about what happened after the Uganda game and he apologised.”

Ramadan Sobhi was substituted during the Uganda match and objected against the Argentine manager decision.

“It’s all over now and he will continue the tournament with us,” he added 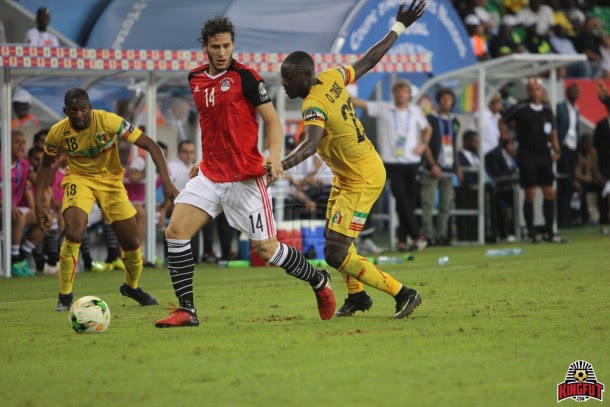 “I am the only one responsible. I don’t mind selecting whoever you want me to select, but who is going to take the responsibility in the end.

“I can’t satisfy 90 millions that’s not football. In football the manager is the one who takes the responsibility.

“We always look for the team’s best interest, which is more important than the players, the formation and myself.

“I am totally convinced with Mohamed Elneny and I am taking responsibility for the squad selection.

“Kahraba will take his chance like the other players when we need him.

“Don’t worry, I have a solution for every problem and my goal is to win matches with the national team,” the 61-year-old concluded.

‘My record will be very difficult to beat’ – Roger Milla

We are not fully prepared for Africa – Ashantigold CEO