The game is at the 80th minute as at the time of this real time report and the former Unistar soccer Academy attacker made way for Michael Vinicius to mark his Kotoko debut. 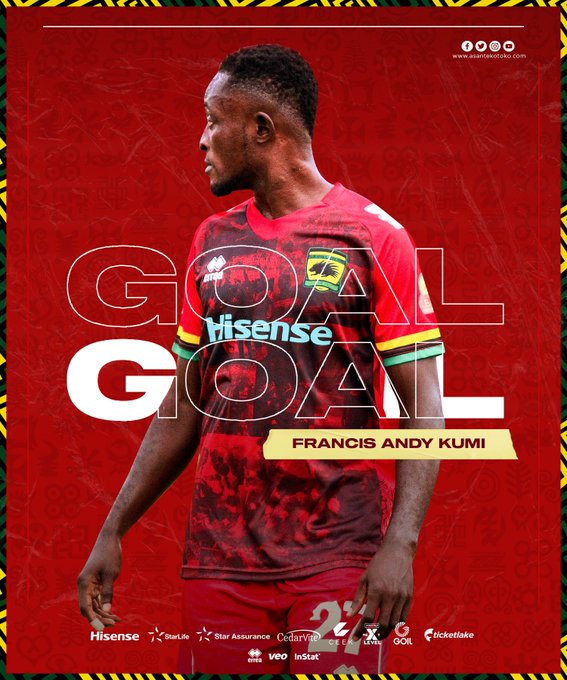 Kumi made his official debut against Techiman Eleven Wonders last Sunday and this game will not passed without his scoring.