Ghana, four times African champions, have come close to ending the trophy drought in the last decade, 2010 Angola losing to Egypt in the finals and in 2015 Equatorial Guinea- Gabon as the Stars lost to Ivory Coast on a penalty shootout.

The former Swansea City Ayew played a part in the 2015 finals where the Black Stars lost to the Ivory Coast under the tutelage of former Chelsea manager Avram Grant after leading the penalty shoot-outs by two goals only to throw away the two-goal lead.

The 2019-20 Crystal Palace top scorer of the season and players player of the season, has vowed to give his best to help the Black Stars AFCON end the trophy drought.

“The only thing I can promise is that I’ll give my three hundred or four hundred percent to the nation”, he told Citi Sports.

“I know it’s only one thing and it is the African Cup of Nations, so we will make sure that when we go back to the next AFCON, we will do our best to perform very well and die for the country,” he concluded.

“I don’t want my main focus to be winning the AFCON but rather improving the team. Once the team improves, we’ll get there”, Charles Kwabla Akonnor said in an interview. 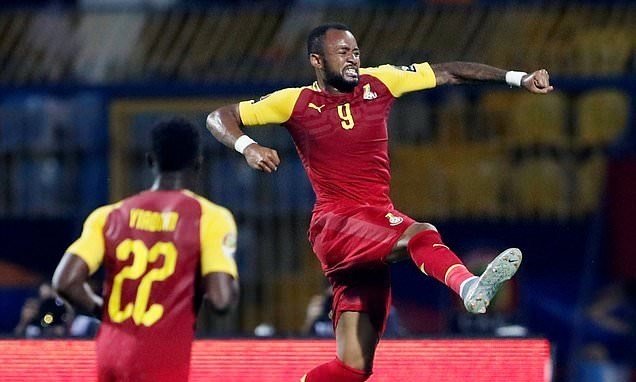 Despite the comment made by Akonnor, Black Stars management committee chairman George Amoako says winning the AFCON title is a target set by all Ghanaians.

“We have been to the Afcon several times and the target is simple – to lift the trophy – and it requires the support of everybody”.

“It is the wish of every Ghanaian to see the Black Stars win the Africa Cup of Nations after a long wait”.

“Winning Afcon would be a difficult task and it would require the effort of everyone to make this work.”, he added.