by Staff reporter
in Ghana
0

Kevin-Prince Boateng opened the scoring for Las Palmas in their 3-1 victory against Athletic Bilbao in La Liga on Monday evening.

It was the 29-year-old’s fourth of the season as he inches near his all-time best of six goals in a campaign, achieved with Schalke 04 two seasons ago.

The Ghanaian forward got onto the end of a dash down the flank by Brazilian right back Michel to tap home for the opener on 40 minutes.

His celebration was muted, instead facing the broadcast camera with his fingers shaped in the form of the letter “M”.

He was substituted at resumption of the second half having picked up an injury and was replaced by Momo who went on to score the second goal for the hosts. 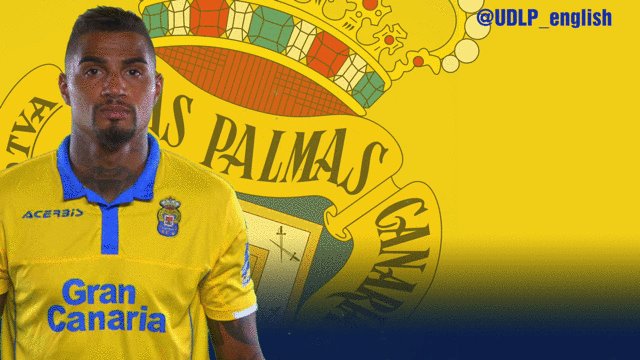 Athletic got back into the encounter with 10 minutes left after Michel was called for a foul in the box even though replays seemed to show the ball hit him on the shoulder.

Raul Garcia stepped up to take it and coolly slotted the ball down the middle after goalkeeper Javi Varas dived the wrong way.

But it was Jonathan Vieira that gave the hosts the final say when he pounced on a fast counter attack and cheekily flipped the ball over Kepa for a spectacular finish.

Las Palmas moved up into 10th position with 19 points while Athletic stayed rooted in eighth place with 20 points.

Boateng’s form this season has seen Ghana fans call for his return to the Black Stars since his suspension from the squad during the 2014 World Cup.

Coach Avram Grant needs the best legs to represent Ghana if they are to win their first Africa Cup of Nations title since 1982 when they go to Gabon in January.
Credit: Goal
Send your news stories to sportsworldghana@gmail.com and via WhatsApp on +233248191999

All 32 goals of Yeboah for Leeds: Chelsea and Monaco among his favorite victims

Yaw Arnol : “I ditched Kotoko due to Otumfour transfer ban”