Ghana’s Youth and Sports Minister Mustapha Ussif (Hon.) has called on football chiefs in the West African sub-region to put their best foot forward and come up with ideas and programmes to make football exciting and profitable.

The Yagaba-Kubori Member of Parliament said this at the 14th WAFU General Assembly that took place at the Swiss Spirits Alisa Hotel in Accra.

In his key note address, the law maker called for aggressive approach towards the development of football in the region. 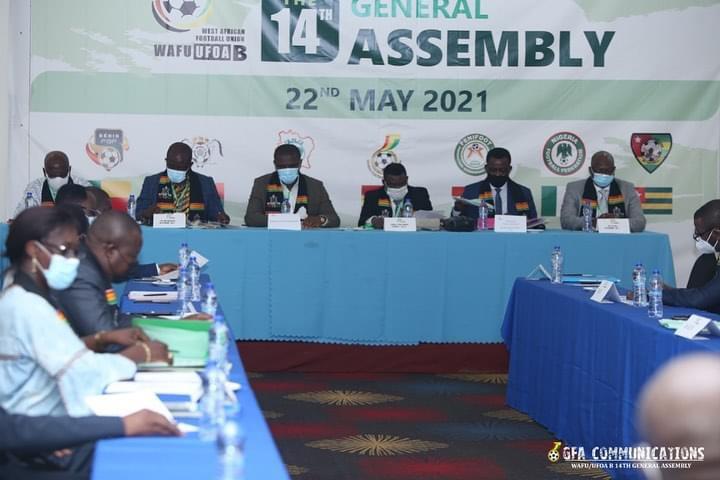 ‘’African football is ranked among the best across the globe and it is refreshing to note that our effort and hard work has produced players with pedigree and it’s incumbent on us to aggressively pursue and ensure excellence in our quest for more. Hon. Mustapha said.

‘’This is the way we can truly pay tribute to the likes of Abedi Pele, Austin Jay Jay Okocha, Seidu Keita, Yaya Toure, Stephane Sessegnon, Emmanuel Adebayor and Issoufou Boubacar, just to mention a few.

‘’With this in mind, it behooves on us to work hard to make the game exciting and profitable.  It is also our responsibility to continue to impact generations through football.

President Kurt Edwin Simeon-Okraku was approved as the new President of WAFU Zone B during the meeting in Accra.

He takes over from Niger Football Association President Djibrilla Hima Hamidou who has been in charge of the Union since 2018.