Wydad Athletic Club (WAC) of Morocco imposed one of the most embarrassing defeats on Hearts of Oak in the history of the CAF Champions League on Sunday night as the Phobians were spanked 6-1 with Tanzania international Simon Happygod Msuva scoring a brace.

Substitute Patrick Razak scored the goal of consolation for the Ghanaian side some six minutes from time.

On a day that we saw Liverpool run riot at Old Trafford thrashing Manchester United by 5-0, Hearts of Oak were to receive the similar thorough beating in Casablanca.

Happygod opened the scoring with a superb header in the 5th minute.

El Hassouni Aymane increased the tally to 2-0 in the 8th minute with a clever grounded free-kick effort. Achraf Dari made it 3-0 in the 20th minute before midfield maestro of WAC Yahya Jabrane made it 4-0 from the spot to close the first half.

The hosts were simply superior to their Ghanaian visitors who struggled to create any meaningful chance in the first period. 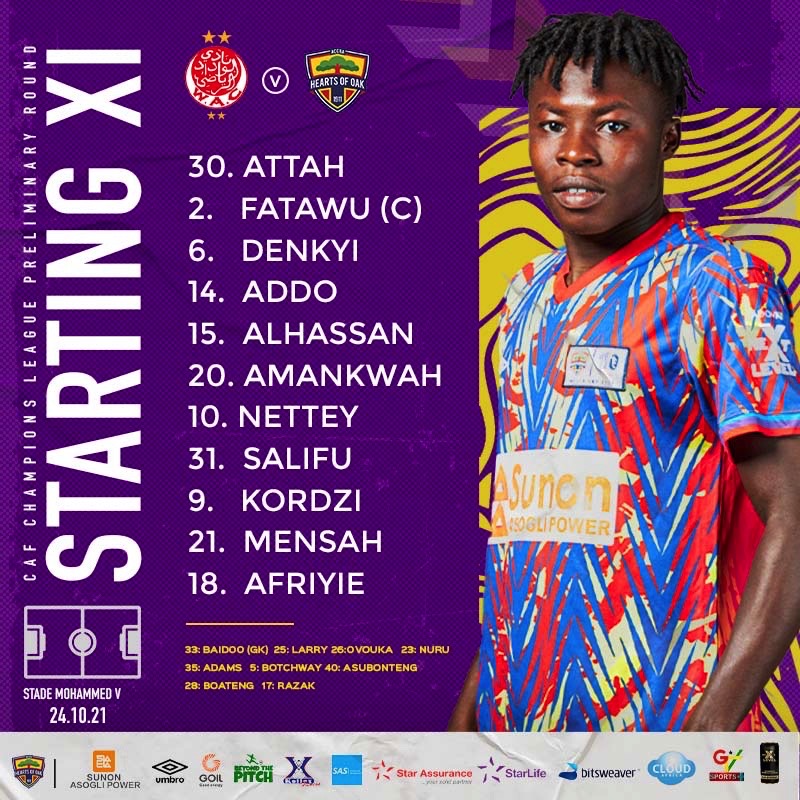 Samuel Boadu decided to draft Caleb Amankwa into his starting line up at the expense of Frederick Ansah Botchway who started the first leg in Accra. Amankwa missed that game due to injury but struggled to make impact in this game even though the same is true for majority of the Hearts players. In defence William Denkyi was preferred to the half-fit Raddy Ovouka.

El Amloud registered his name on the scorecard two minutes into the second half before Happygod realized a brace on the hour mark to make it 6-0 for WAC before Razak scored a consolation goal in the 84th minute for the Ghanaian champions.

Overall Hearts of Oak were terrible. WAC were magical.

The Moroccans reach the group stages of the competition with a 6-2 aggregate win whilst Hearts of Oak drop to the Confederation Cup play-off stage.