Liverpool were held to a 3-3 draw by Watford in their opening game of the Premier League season on Saturday.

The visitors twice fell behind at Vicarage Road, but goals from each of Jürgen Klopp’s front three – Sadio Mane, Roberto Firmino and Mohamed Salah – appeared to have been enough to earn a hard-fought victory for the Reds.

However, Miguel Britos netted in injury time to ensure Watford claimed a share of the spoils.

Two goals in the space of two minutes shortly after the restart – the first a Firmino penalty and the second a poacher’s effort from competitive debutant Salah – turned the match on its head, only for Britos to level deep into stoppage time.

Alberto Moreno started at left-back for the Reds, while Salah, Mane and Firmino were deployed in Klopp’s forward line.

Having enjoyed the majority of possession early on, the Reds fell behind in the eighth minute.

Dejan Lovren did well to divert Roberto Pereyra’s shot wide but the resulting corner led to the opening goal, as Okaka powered home Jose Holebas’ inswinging corner with his head.

Little of note occurred in the following 20 minutes, but the game burst into life around the half-hour mark.

Mane finished off some slick interplay after he’d stepped over Moreno’s pass and been played in by a clever Emre Can ball. The No.19 darted in from the left and classily side-footed into the far top corner. 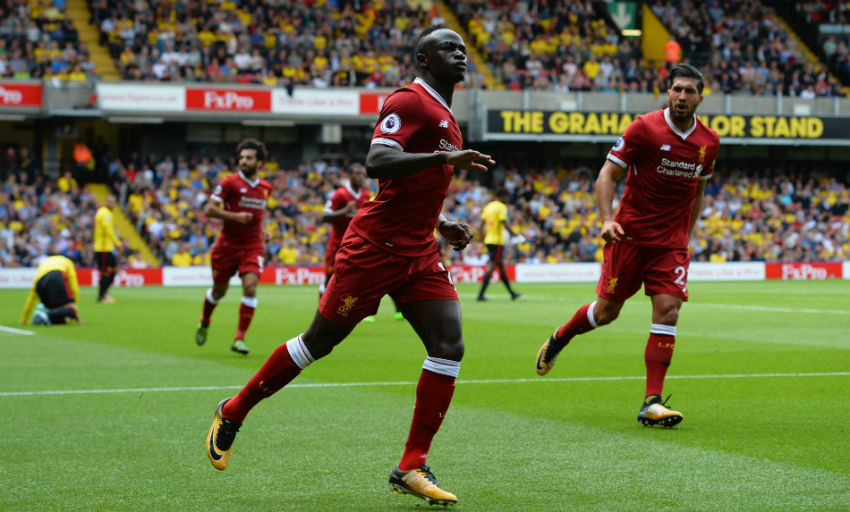 Liverpool’s parity lasted just two minutes, though. Tom Cleverley’s low cross was half-cleared by Trent Alexander-Arnold and Doucoure was on hand to lash in the loose ball from eight yards.

Mane went close to levelling again in stoppage time – the forward nodded Firmino’s corner narrowly wide with Heurelho Gomes beaten – but Klopp’s side went in at the interval behind.

A strong start to the second period felt crucial if Liverpool were going to get back into the game – and that’s exactly what they got.

Indeed, by the 57th minute, the Reds were in front.

First, Firmino sent Gomes the wrong way from the spot after the Watford goalkeeper had felled Salah as he raced onto the Brazilian’s perfectly-weighted pass.

Then, Firmino latched on to Lovren’s over-the-top pass and lifted the ball over the advancing Gomes for Salah to bundle home in front of a raucous away end. 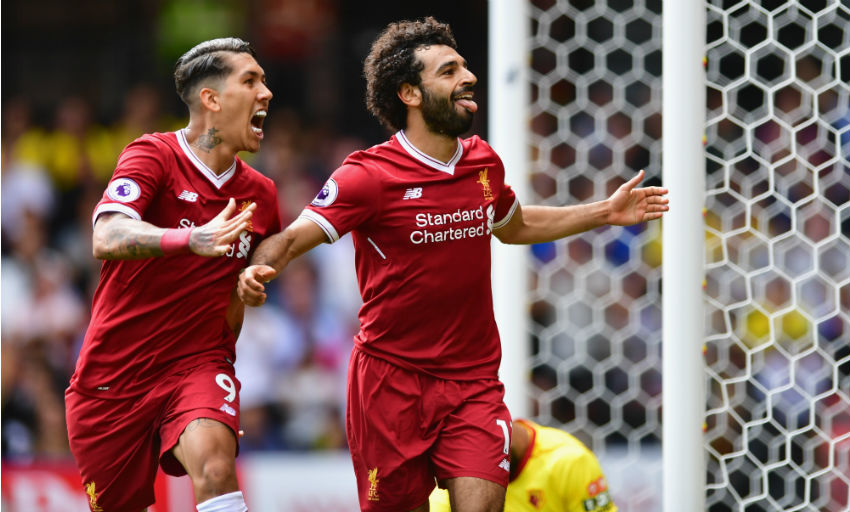 Watford were rocking and the hosts had the woodwork to thank for keeping their deficit at one goal when Alexander-Arnold’s 65th-minute corner was flicked onto the crossbar by Joel Matip.

Gomes then denied Lovren with a fine reaction save from another dangerous corner from Alexander-Arnold and Salah fired a half-volley over the bar after excellent work from Moreno.

The Hornets regained something of a foothold, but Liverpool were a constant threat on the counter and Salah shot into the side-netting in the 77th minute after he’d been fed by Mane.

It looked like the lack of a fourth goal would matter not for the Reds, but Britos’ late, late header meant the Hornets snatched a point.