The Parisian no.10’s superb display in the quarter-final second leg against Bayern has earned him the honour.

Neymar Jr followed up his two first-leg assists with another top-class performance in the second leg at the Parc des Princes where the Parisians qualified for the semi-finals at the expense of the reigning champions. 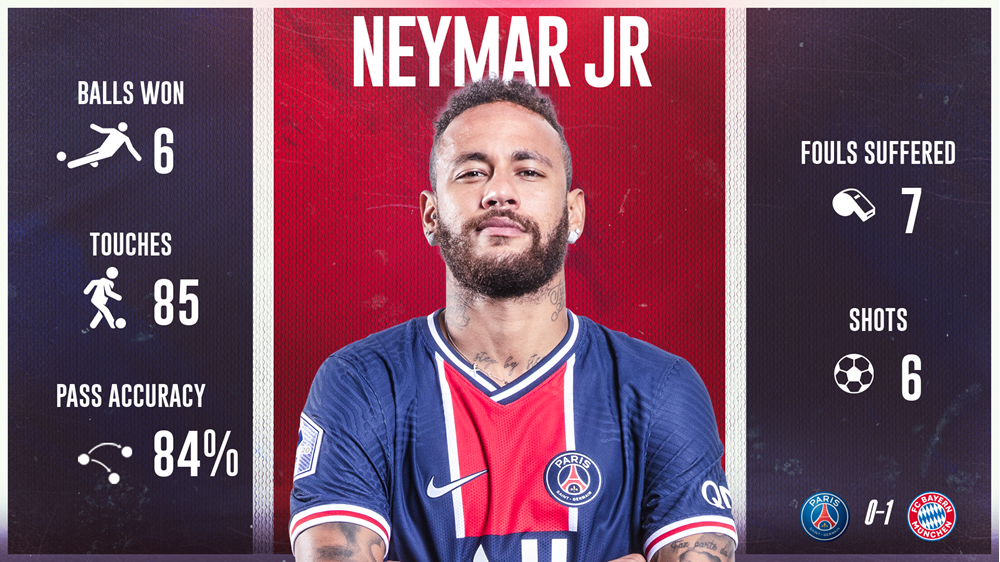 The Brazilian was in competition with Christian Pulisic (Chelsea), Ilkay Gündogan (Manchester City) and Casemiro (Real Madrid) in the vote.