by Edmund Okai Gyimah
in Football, Ghana
Reading Time: 1min read
A A
0

Nus, 35, was appointed as the head coach of the Guwahati based club on August 25, 2020 but the club have now dismissed him as they insist he is going contrary to their philosophy.

In an official letter to Nus signed on January 13, 2021, management of NorthEast United cited the reasons for sacking the Spaniard and also wished him well in his subsequent endeavors. 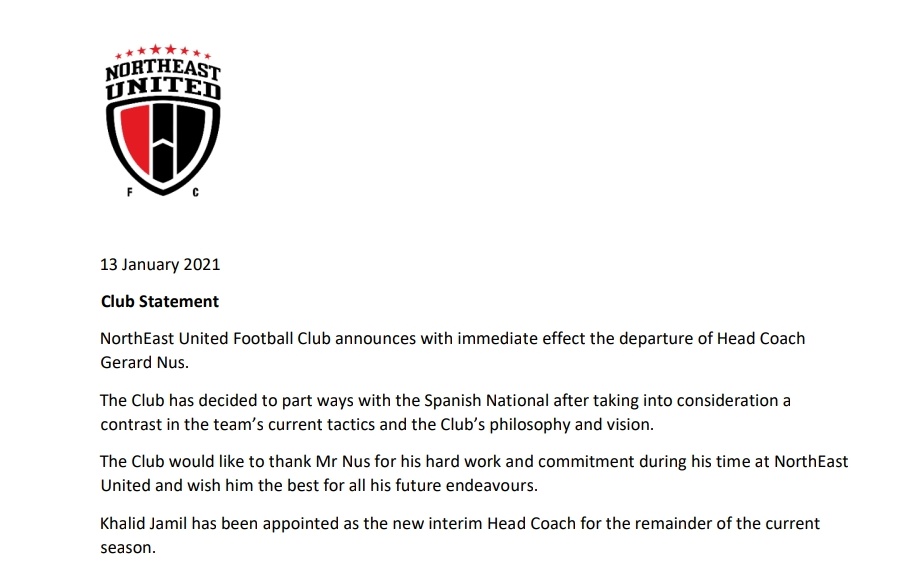 He was Ghana Black Stars assistant coach under Avram Grant from 2014 to 2017 and later went on to handle Rayo Vallecano, Elche and other teams.