PSG 1 Man City 2 : My winning goal was a miss-hit but fortunately it went in – Mahrez

The Algeria winger scored a second-half free kick to give Man City a vital 2-1 advantage after the first leg in Paris.

Manchester City winger Riyad Mahrez has admitted his match-winner against Paris Saint-Germain was a miss-hit.

Mahrez curled home a 25-yard free-kick that went through the PSG wall and beyond Keylor Navas to give Pep Guardiola’s side a vital first-leg advantage in their Champions League semi-final.

However, the Algeria international has now confessed the ball did not go where he intended. 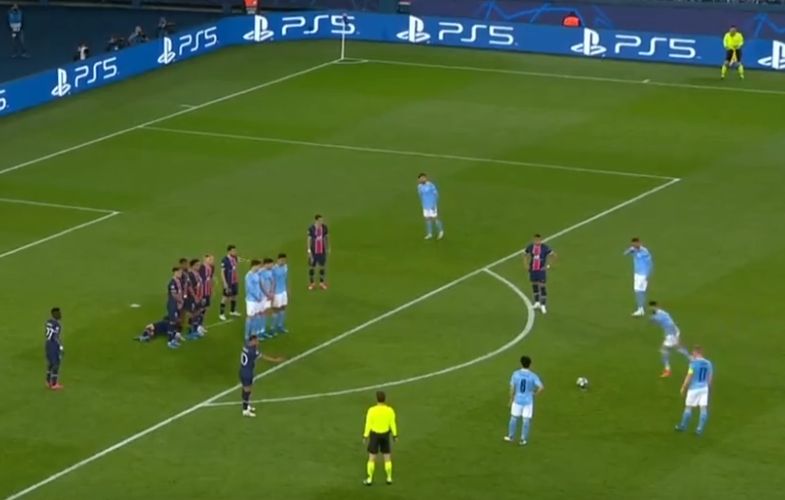 Speaking about his goal after the game, the former Leicester player told City’s website: “I wanted to go around the wall to be honest and I missed it, it went between the two players and fortunately it was in.

“I was so happy, I knew we could win here and to score to make it 2-1 for the team was amazing.”

“It’s all because of Ben,” added Mahrez. “He asked God and God gave me this goal.”

Joseph Esso and Kwame Poku in action today in Ligue 1