SICK and OUT: Medeama without Ofori Antwi for Aduana clash today as Frank Boateng makes his debut

Former Ashantigold number one Frank Boateng thus starts his first game of the season this afternoon.

“We are without goalkeeper Eric Ofori Antwi for the epic clash against Aduana Stars due to illness.” Medeama announced ahead of kick off. 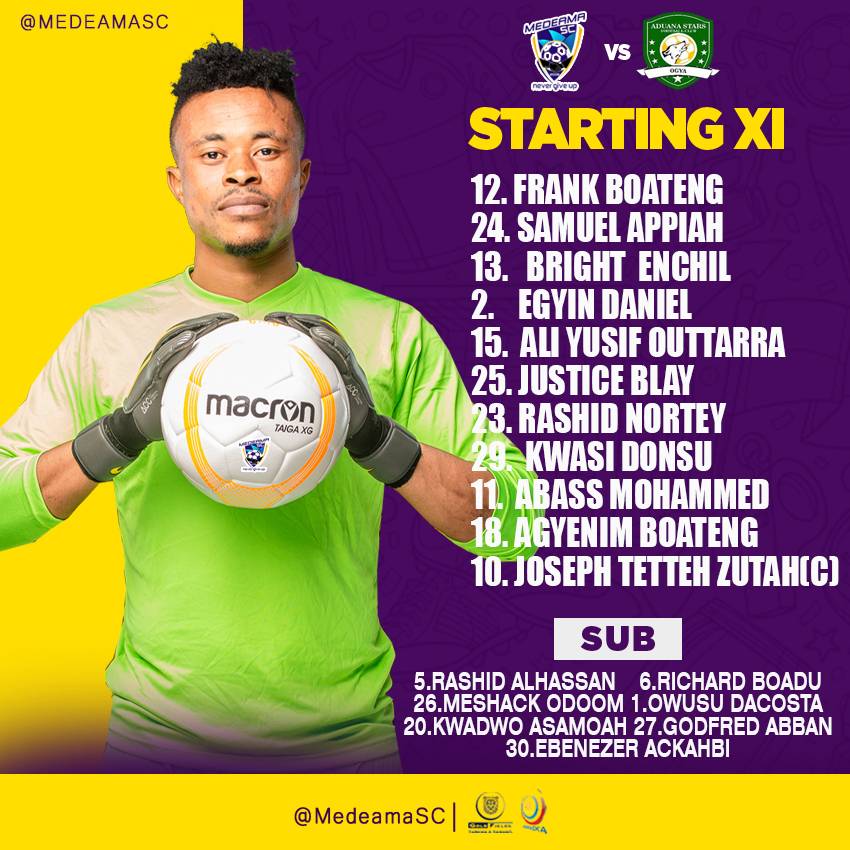 The team coached by Samuel Boadu has endured a difficult start to the new season as they currently lie 13th on the standings on 7 points but a win today will improve their position.

‘We were tactically disciplined against Dwarfs’ – Johnson Smith