Top 6 AFCON qualifiers of the Black Stars in the last 5 editions. Results rated

The Black Stars of Ghana have qualified for every Africa Cup of Nations tournament finals since the failure of Tunisia 2004 AFCON and here in this piece we have rated the top performances of the Ghana team in the AFCON qualification tournaments.

This was the last game of Kwesi Appiah in charge of Ghana during his first stint as Ghana head coach. Despite the dramatic win at Togo he still lost his job as he was fired by the Kwesi Nyantaki-led GFA just 48 hours after the game.

Floyd Ayite put Togo ahead after 12 minutes but captain Asamoah Gyan equalized for Ghana in the 23rd before two goals followed from Agyeman Badu and Christian Atsu and with Emmanuel Adebayor scoring a 75th minute second for the home side, Ghana won 3-2. What a game this was.

Ghana had drawn at home 1-1 to Uganda in Kumasi before the Togo trip and there was a big tension in the Ghanaian team. Kwesi Appiah was sacked after the Togo win

Despite being seriously depleted by injuries, Ghana still beat an Emmanuel Adebayor-led Togo 3-1 in Tamale on Wednesday to qualify for the 2015 Africa Cup of Nations.

Asamoah Gyan, Andre Ayew and Kwadwo Asamoah were not available.

The goals came from Abdul Waris, Mubarak Wakaso, and own goal.

Joining the Black Stars in the finals from Group E are Guinea who beat Uganda 2-0 in Casablanca to ensure the Cranes’ 37-year wait to return to the elite fold of the continent continued.

The Ghana and Togo match was a decider. Whoever win the game would qualify at the expense of the other and the Black Stars did the job nicely. 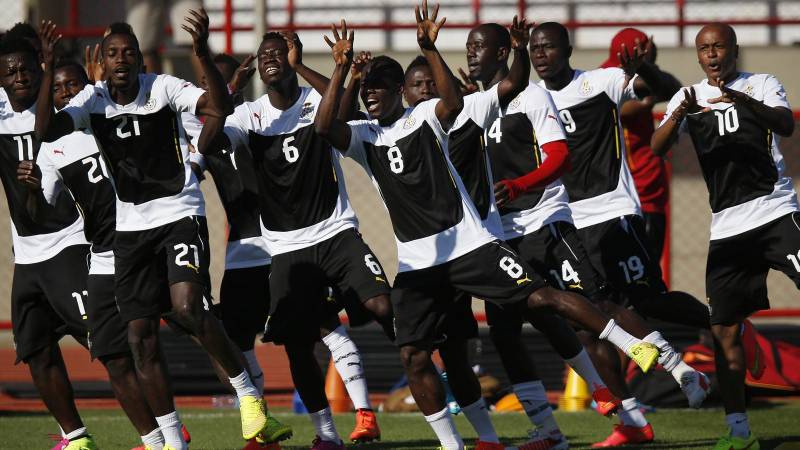 What a game the Black Stars had in Brazzaville. Prince Tagoe, Dominic Adiyiah and Sule Muntari got the goals for Ghana to reach 6 points from the opening two games.

This put Ghana in charge of the group at the early stages and the team of Goran went ahead to win the group and qualify for the 2012 AFCON. 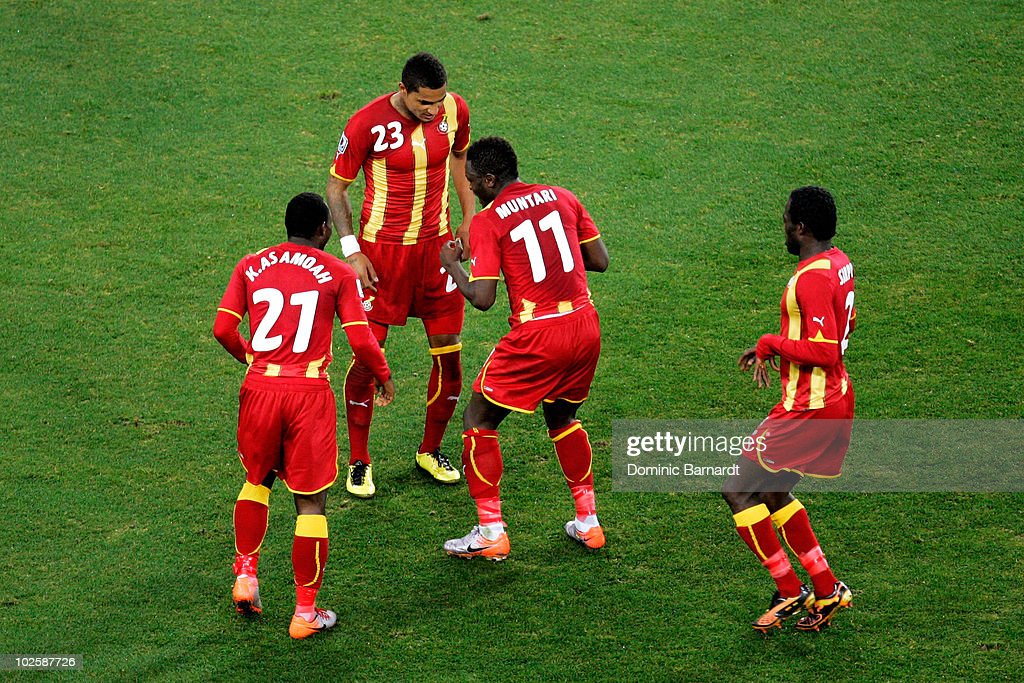 The Black Stars won 2-0 over Malawi in Accra but in the return leg they needed to work again and Afriyie Acquah scored the only goal of that game as Ghana won 1-0 in Lilongwe to qualify for the 2013 AFCON. 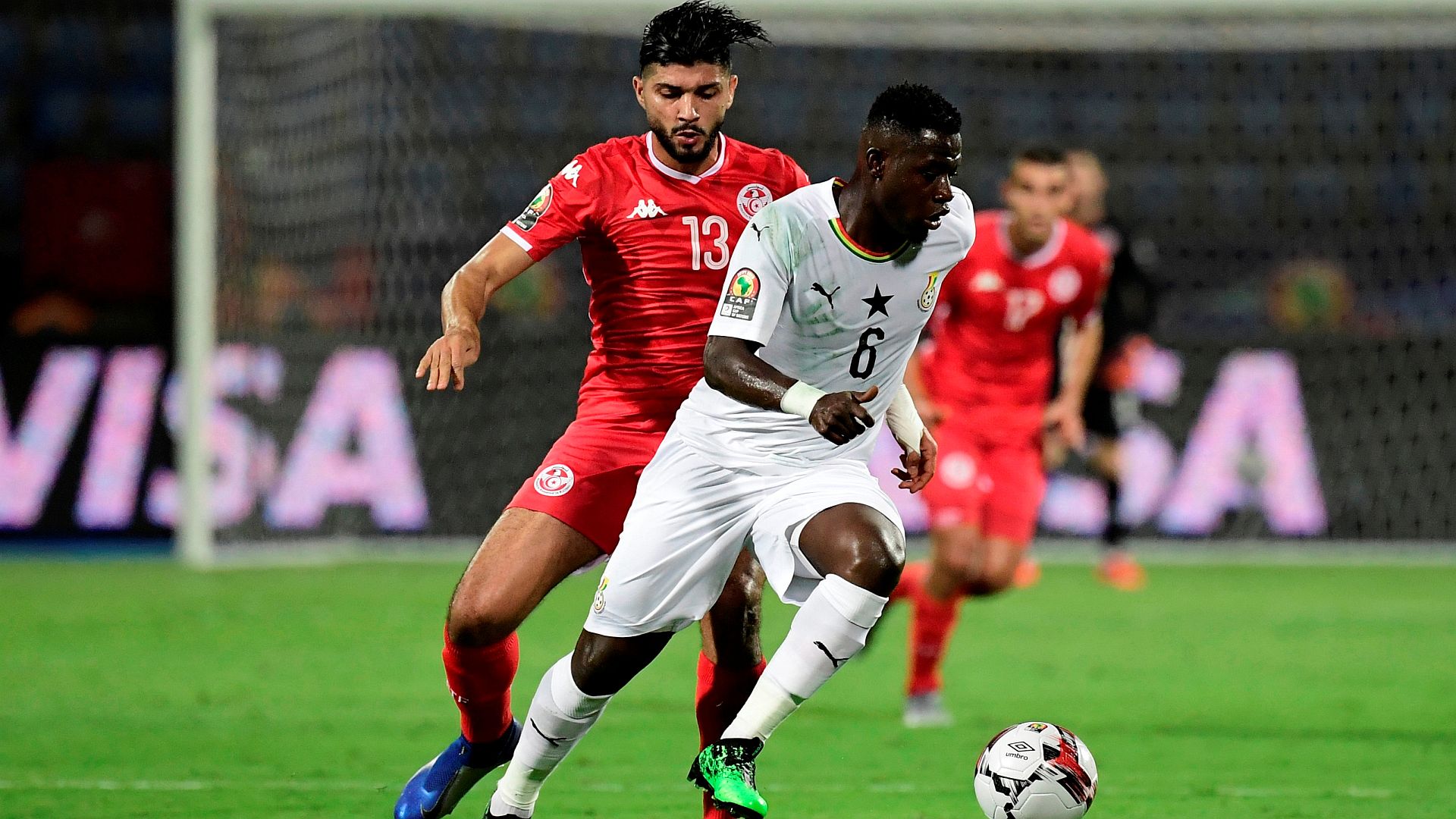 The game was the first group match for the Black Stars and they won emphatically by 5 goals to nothing as debutant Raphael Dwamena scored a brace and Ebenezer Ofori scored a powerful long range goal.

Even though Ethiopia did not present enough quality to match the star-studded Black Stars team at the Babayara stadium, the Ghanaian team were very effective and efficient in this game. 5 goals and a clean sheet in front of the massive Kumasi crowd was a great game.

Ghana went on to top the group to qualify for the finals in Egypt.

The Ghana team coached by Avram Grant started their 2017 AFCON qualification with a big win over small football country Mauritius but this was another big result. The goals came from Christian Atsu, Jordan Ayew who bagged a brace, Asamoah Gyan, Jeffrey Schlupp and David Accam.

The Black Stars won 4 games and drew the other 2 matches to top the qualifying group unbeaten.