Kamaldeen Sulemana was in action for Stade Rennais on Thursday night during the UEFA Europa Conference League Match-Day Three as the French side claim an away win in Slovenia.

Sulemana – who has become an undisputed starter at Rennes in his debut season – started the game against Mura FC of Slovenia as Rennais won 2-1.

The Ghanaian winger was replaced at half time as Martin Terrier took his place. 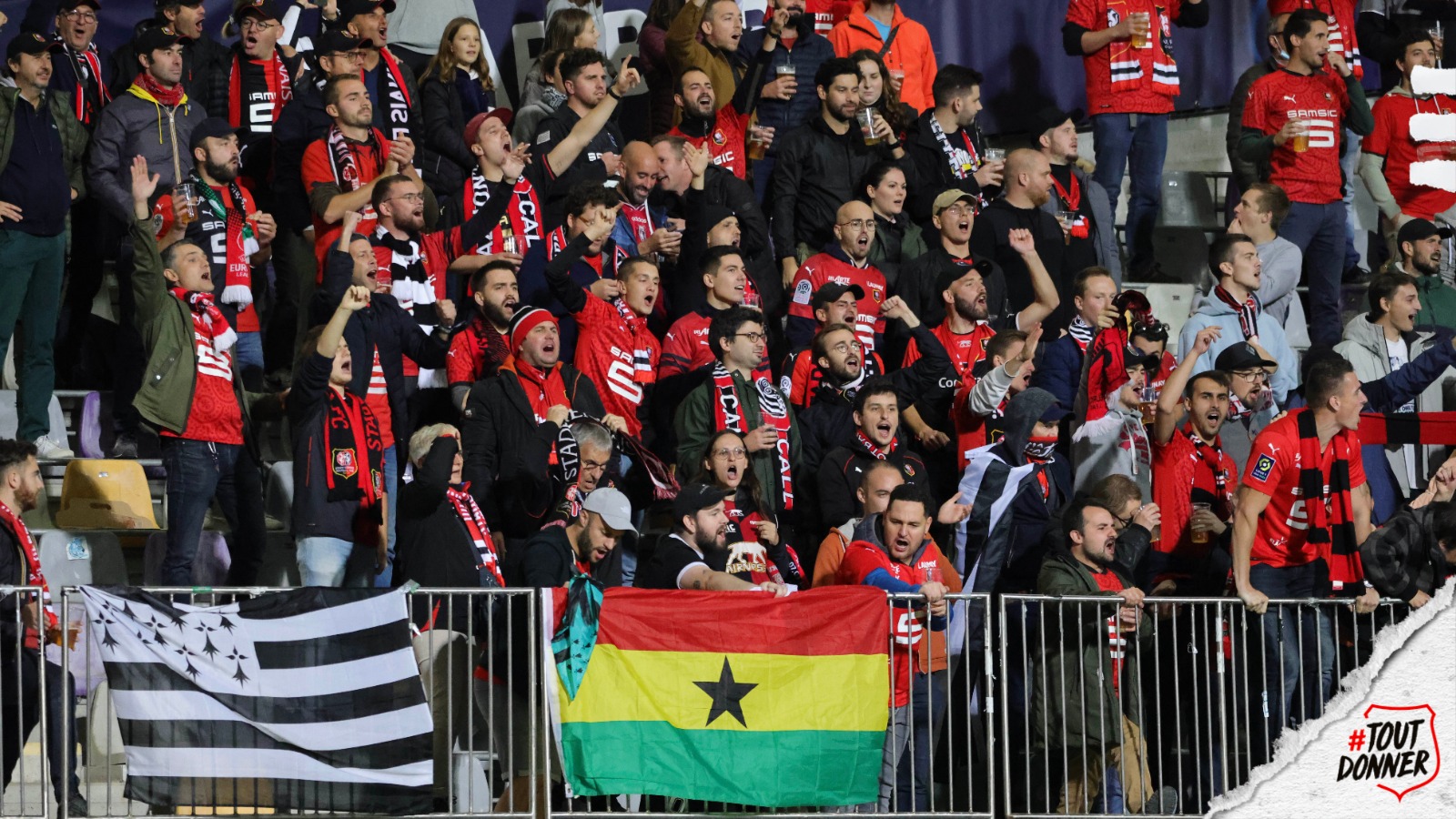 There were massive support for Sulemana as a Ghana flag was seen fixed in the stands by section of the Rennais fans at the Ljudski vrt in Maribor.