by By Staff Reporter
in Africa
2 min read
0

Egypt team captain Essam El-Hadary has redered an apology to fans following the Pharaohs’terrible defeat against Russia on Tuesday in the ongoing FIFA World Cup.

The record AFCON title holders are on verge of elimination from the World Cup after a 3-1 defeat to hosts Russia left them with zero points from two games.

Egypt are currently third in their group and if Saudi Arabia managed to beat Uruguay on Wednesday, the north African side will still have a slim chance of qualifying for the round of 16.

“We would like to apologise to the Egyptian People for the loss,” El-Hadary told BeIN Sports.

“In football, sometimes luck is on your side and sometimes not, but of course no player or manager wants to lose. 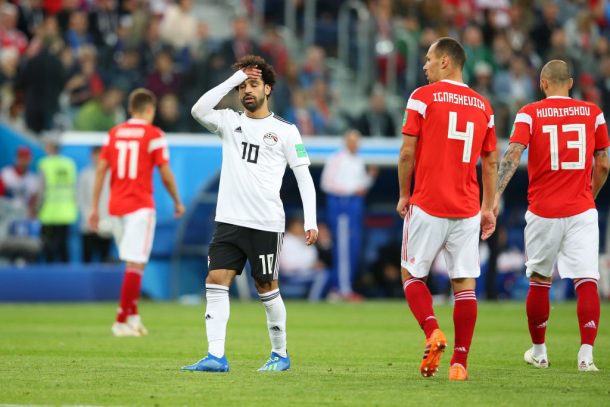 “We wanted to win because it was our only chance of qualifying for the round of 16. I would like to stress once again that there is no player on the team who didn’t try to do his best in the tournament.

“Therefore I would like to thank all the players and the technical staff.

“After missing out for 28 years, we wanted to do better at the World Cup, and therefore I apologize to the all Egyptian fans,” he concluded.

El-Hadary is yet to feature at the World Cup as Mohamed El-Shennawy started Egypt’s two games against Uruguay and Russia, however, the 45-year-old is expected to feature against Saudi Arabia next Monday.

Babangida: The Nigerian Barca B product that never was