Enock Aubonteng put the home team ahead 12 minutes into the second half after the first period ended goalless.

Richard Addai equalized for the visitors with eight minutes remaining to close the game but an own goal from a Justus Torsutsey effort won the game for the home team. 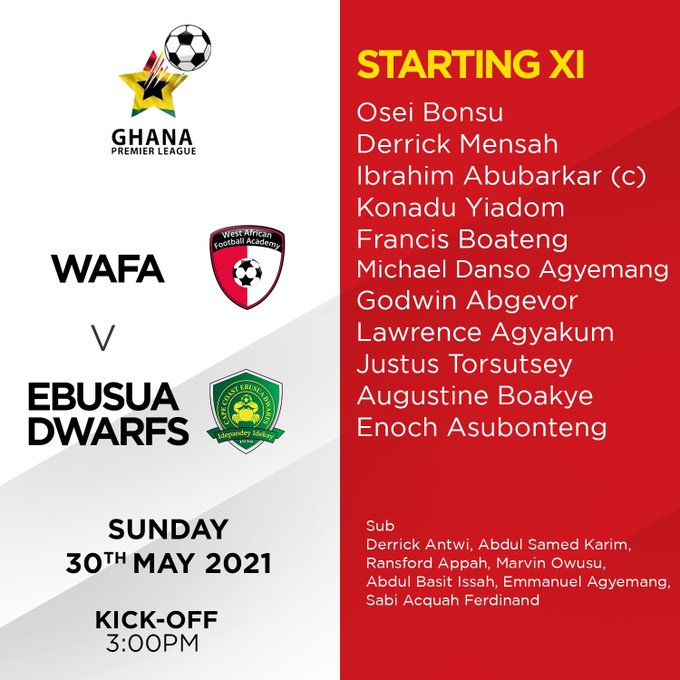 Playmaker Augustine Boakye sent a long pass to the in-form Torsutsey whose cross into the box was turned in by the Dwarfs defender.

WAFA are now at respectable 6th position with 42 points after 27 matches whilst Dwarfs drops to 14th place.