‘We were tactically disciplined against Dwarfs’ – Johnson Smith

Asante Kotoko head coach Johnson Smith has revealed the important reason that accounted for his side’s 1-0 win over Ebusua Dwarfs on Wednesday.

The former Karela United boss – now interim head coach of Kotoko – has overseen a third victory since taking over from his predecessor Maxwell Konadu under who he was the assistant coach.

“We were tactically disciplined and that is why we won and kept a clean sheet too. We were looking for the win and we have it. ” Smith said after the game.

“The most important thing is the victory and we managed to prevent them from scoring.” he added.

Kotoko have now climbed the Ghana Premier League table are 4th on the standings after 9 games. 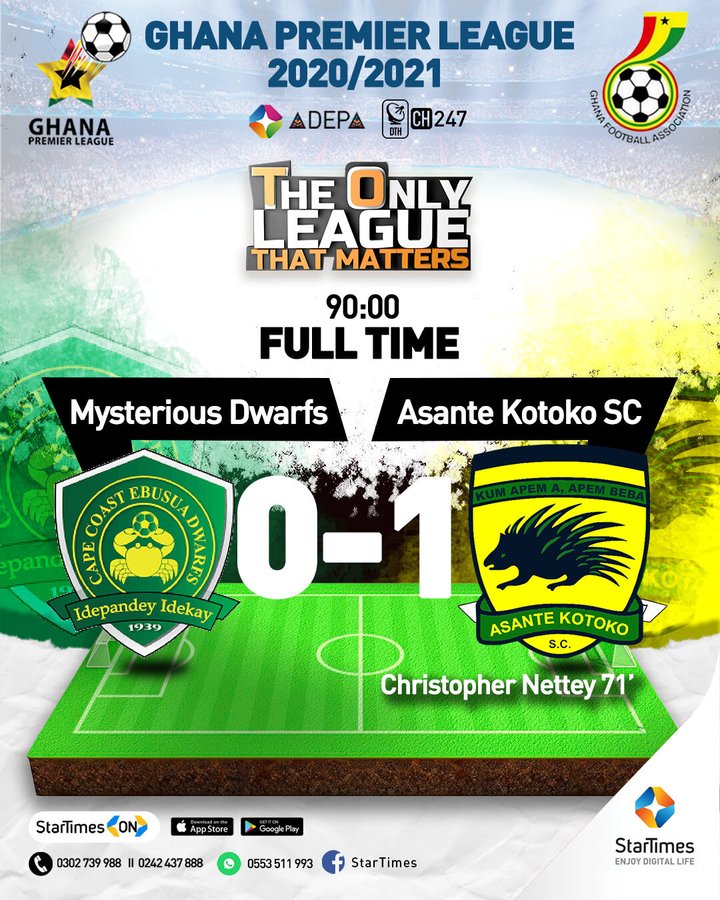