Without Gama, how Kotoko could line up against Olympics

Asante Kotoko coach Mariano Barreto would have to make the best possible decision on his starting line-up against Great Olympics on Friday as compensation for the suspended Fabio Gama.

The Brazilian started hitting top form in the last three games of Kotoko scoring twice and making two assists but on Friday he is suspended against the Wonder club for yellow cards accumulation.

The first option is to maintain the other players and bring in Godfred Asiamah to start in the attacking midfield role. Habib and Mudasiru as the double pivot, Augustine Okrah on the left, Emmanuel Gyamfi as the right winger and Andy Kumi Francis as the attacker. 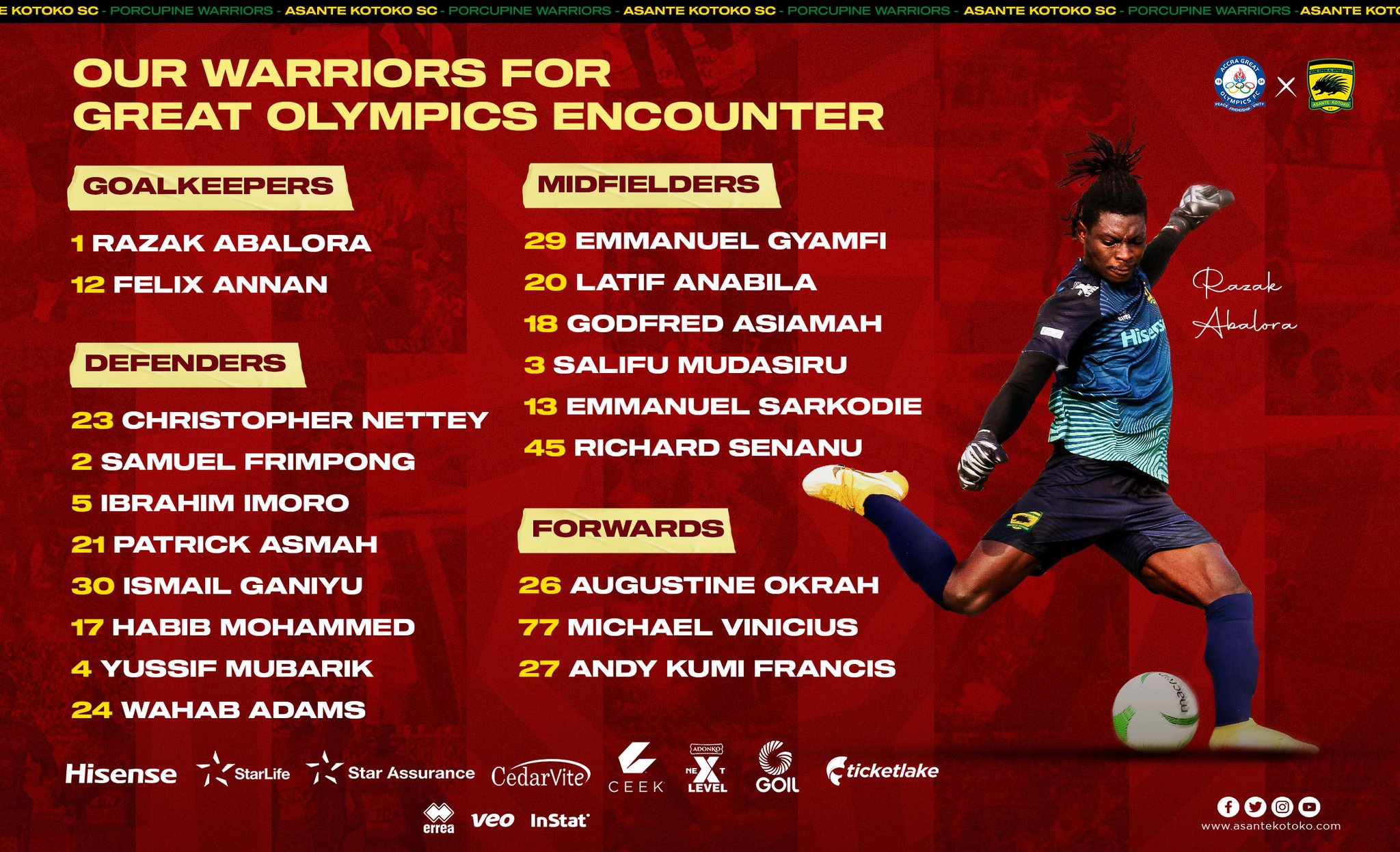 Another way is to move from the 4.2.3.1 formation to a 4-4-2 orientation by starting two strikers Michael Vinicius and Kumi Francis.

If the coach decides to do a 4-3-3, then Latif Anabila may join the team to form a 3-man midfield. Gyamfi, Okrah and Kumi Francis as the three attackers.

Kotoko Presser : "We are ready for Olympics" declares Barreto