The final draw of the 2022 FIFA World Cup is scheduled to take place at the Doha Exhibition and Convention Center in Doha on 1 April 2022.

The two winners of the inter-confederation play-offs and the winner of the Path A of the UEFA play-offs will not be known at the time of the draw. 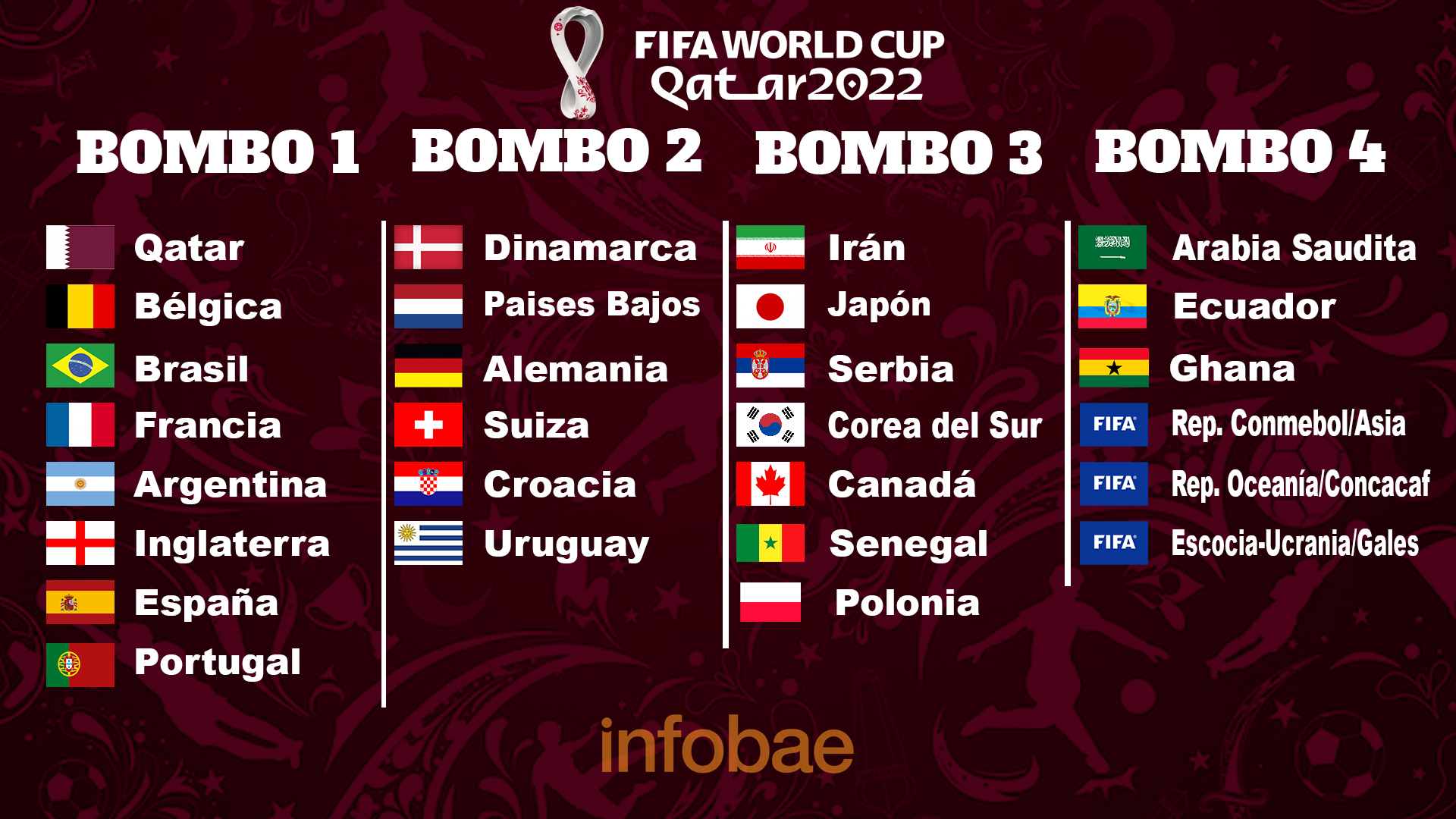 For the draw, the 32 teams will be allocated to four pots based on the FIFA World Rankings of 31 March 2022.

Pot one will contain the hosts Qatar (who were automatically assigned to position A1) and the best seven teams.

Pot 4 will contain the five lowest-ranked teams, along with the placeholders for the two inter-confederation play-off winners and the UEFA Path A play-off winner.

Teams from the same confederation cannot be drawn into the same group except for UEFA teams, for which there will be at least one and no more than two per group.

This principle will also apply to the placeholder teams, with constraints applying based on the confederation of both potential winners of each play-off tie.

The draw will start with pot 1 and end with pot 4, with each team selected then allocated into the first available group alphabetically. The position for the team within the group will then be drawn, with the pot 1 teams automatically drawn into position 1 of each group.