Ghana get their 2023 Africa Cup of Nations qualification campaign underway when they go head to head with Madagascar at the Cape Coast Sports Stadium on Wednesday.

The Black Stars head into the game on the back of March’s victory over rivals Nigeria to secure a place in the upcoming World Cup, while the visitors were last in action last November.

Ghana were last in action back in March when they saw off West-African rivals Nigeria on the away goal rule to book their place at the upcoming World Cup in November.

After playing out a goalless draw in Kumasi, William Troost-Ekong converted his penalty midway through the first half to cancel out Thomas Partey’s 10th-minute opener in front of the home fans, but the Black Stars put on a solid defensive display to repel the Super Eagles and secure their place in Qatar.

This followed a woeful campaign at the Africa Cup of Nations back in January, where they suffered a shock group-stage exit after picking up just one point from three games.

After a 1-0 loss to Morocco in their Group C opener, Ghana played out a somewhat disappointing 1-1 draw with Gabon before suffering a shock 3-2 defeat at the hands of debutants Comoros in their final group game.

Despite their World Cup qualification success, the four-time Africa Cup of Nations winners, have now failed to taste victory in any of their last six outings, picking up three draws and losing three since a 1-0 win over South Africa in November 2021.

However, Otto Addo’s men will fancy their chances of ending this dry spell as they return home where they are unbeaten in eight games on the trot, picking up six wins and two draws since their last defeat in 2020.

Madagascar, on the other hand, will be looking to return to the continental showpiece for just the second time following their maiden participation in 2019, when they stormed to the quarter-finals before losing out to Tunisia.

The Barea then narrowly failed to secure a place in the 2022 edition after picking up eight points from six games to finish third in Group K of the qualifiers, one point off second-placed Ethiopia.

Madagascar head into Wednesday’s game on the back of a disappointing run in the World Cup qualifiers, where they finished rock bottom in Group J, seven points off group winners Congo DR.

Nicolas Dupuis’s side managed just one win, one draw and lost four of their six games to collect four points while scoring just four goals and conceding nine in that time.

Madagascar are currently winless in all but one of their 11 games across all competitions — picking up three draws and losing seven — with a 1-0 victory over Congo DR in October 2021 being the only exception. 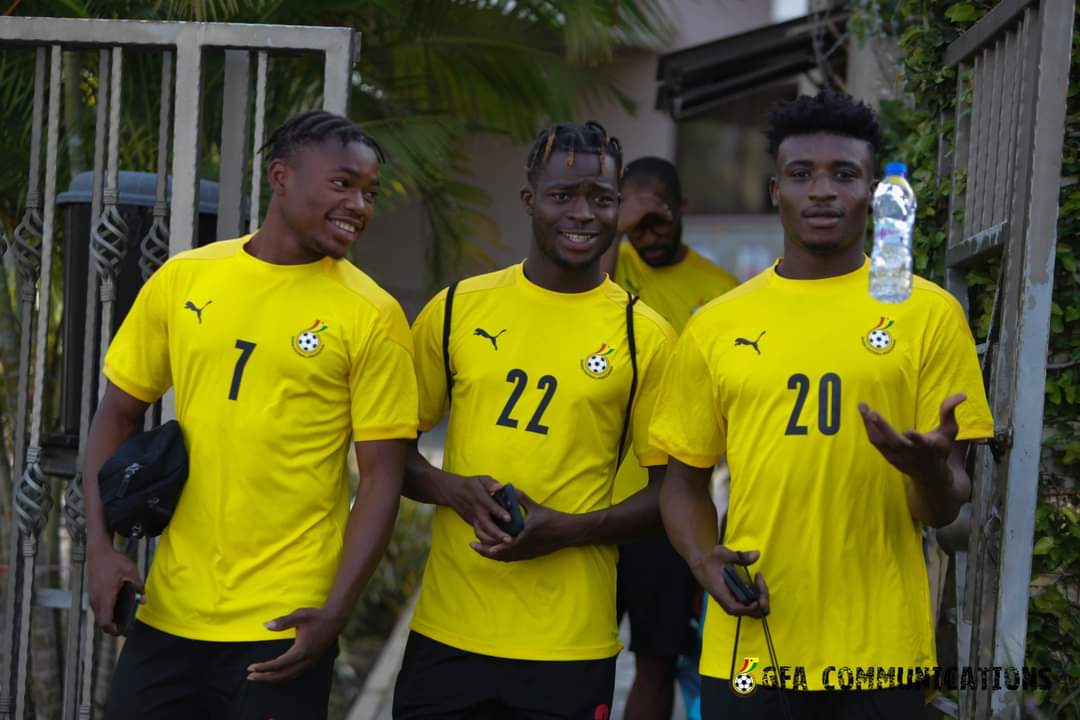 Rennes man Kamaldeen Sulemana has also been included in the squad, while fellow midfielder Mubarak Wakaso makes his return after missing the Africa Cup of Nations in Cameroon.

After missing both legs of March’s World Cup qualification clash with Nigeria through suspension, skipper Jordan Ayew, who is now seven games away from breaking the nation’s all-time appearance record, earns his place in the squad.

A few home-based players have also been handed call-ups by Otto, including Bechem United forward Augustine Okrah and 20-year-old Daniel Afriyie Barnieh, who turns out for Accra Hearts of Oak.

Twenty-two-year-old Antoine Semenyo, who struck eight goals and registered 12 assists for Bristol City in the Championship, has also earned his debut call upon to the Black Stars’ senior squad.

Meanwhile, after an 11-month spell away from the Madagascar role, Dupuis has been reappointed as the Barea head coach and tasked with making the 2023 AFCON.

For his first assignment, the 52-year-old has named a 27-man squad, including Bayern Munich youngster Remy Vita, who made 19 appearances while on loan at Barnsley in the Championship, and LA Galaxy midfielder Rayan Raveloson.

Other notable names include Paulin Voavy, Jerome Mombris, Ibrahim Amada and Njiva Rakotoharimalala, who were part of the 2019 AFCON squad that went all the way to the quarter-finals in Egypt.