For the first time since 1980, Eintracht Frankfurt will play in a major European final, with Die Adler set to face Glasgow Rangers for the UEFA Europa League trophy. Here are the five reasons why Oliver Glasner’s men will return home from Seville as champions.

1) Successfully adjusting to a serious setback

With just four minutes on the clock of Eintracht’s semi-final second-leg win over West Ham, central defensive colossus Martin Hinteregger grabbed the back of his right thigh following a sprint and quickly hit the turf. The 29-year-old looked immediately towards the bench and gestured with spinning index fingers. A hush immediately fell over a previously bouncing Deutsche Bank Park. The Austrian – who had featured in eight of the Eagles’ Europa League encounters prior to the second meeting with the Hammers – was expected to play an integral role for the hosts as they sought to reach the final.

With Hinteregger’s season ending right there thanks to that hamstring injury, coach Oliver Glasner had to improvise – sending Almamy Toure into the mix and shuffling Tuta into the Hinteregger void. It was a Plan B Eintracht had, coincidentally, had in place with the Austrian defender nursing a cold in the lead-up to the game. That Tuta and Toure, who was involved in Frankfurt’s winner, also stepped up in such immense fashion, only helped to inspire their team even further on the night and it will give Glasner encouraging food for thought going into the showpiece.

Eintracht will also have reliable central defender Makoto Hasebe available as an option to cover for Hinteregger’s absence. The former Japan international is somewhat of a lucky charm, having played in six Europa League games in 2021/22, with Eintracht winning four and drawing two of those. 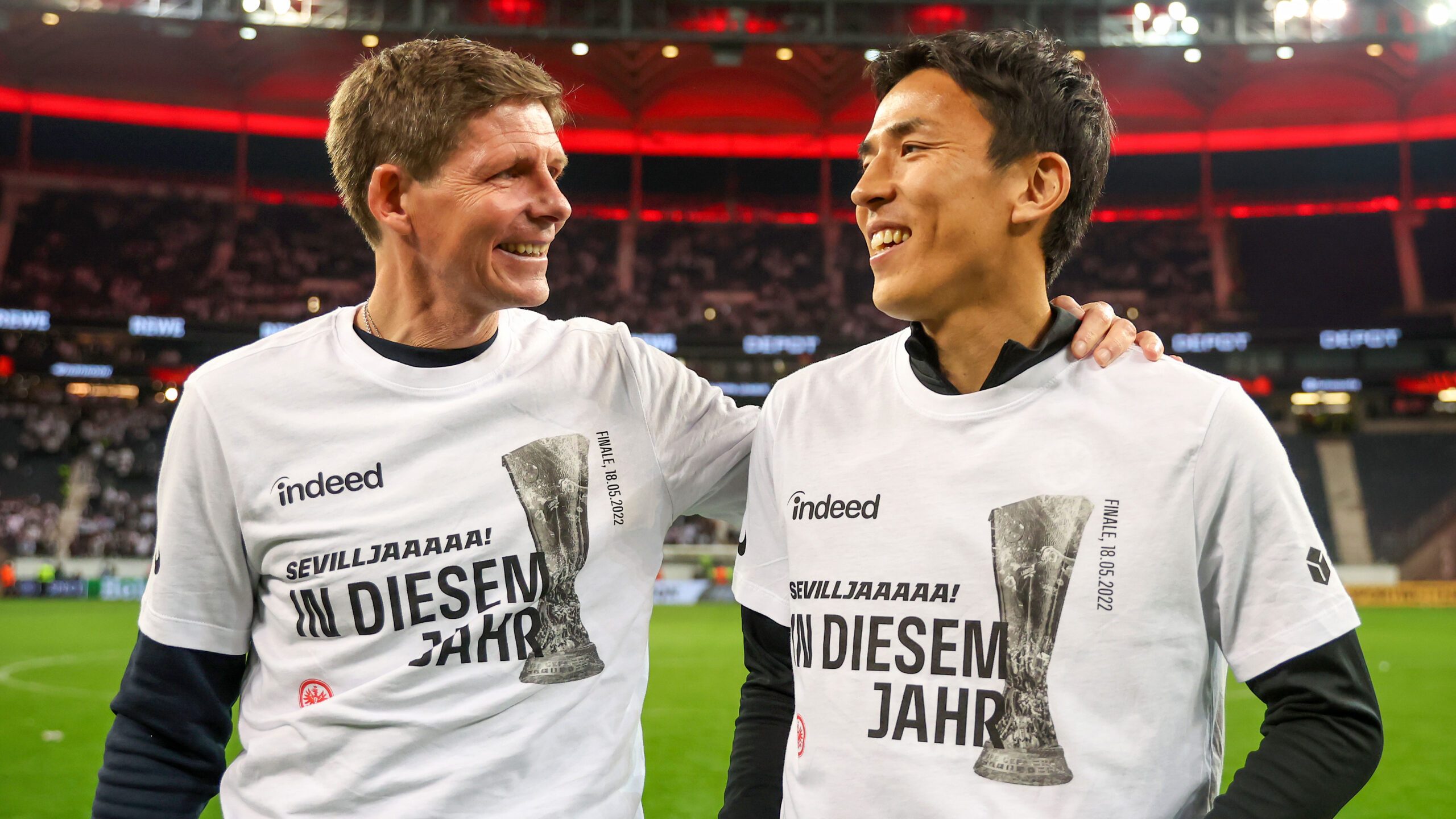 It’s been one crazy run for Eintracht so far – but that’s just the way they like it. Glasner’s charges are only the third team in the history of the competition to be unbeaten going into the final. Where previously Chelsea and Villarreal advanced to the decider having failed to lose a single game, Frankfurt can now proudly boast the same. Just as those aforementioned clubs lifted the trophy following their respective runs, so Eintracht will be fiercely determined to do the same.

Emerging as Group G winners from a section that also included Olympiacos, Fenerbahce and Antwerp, Glasner’s side ousted Real Betis in the Round of 16. Indeed, a 2-1 win in Seville against the Verdiblancos – albeit in a different stadium to that which will host the final – bodes well for Eintracht’s return to the city.

In the last eight it was time to face a resurgent Barcelona. A 1-1 draw at home meant the Eagles were up against it as they visited the home of the Catalan giants. However, an unforgettable performance at the Camp Nou – in which Filip Kostic netted a double and Rafael Borre struck a rocket for the ages – saw Eintracht win 3-2 on the night, a result that ultimately paved the way for the two-legged semi-final triumph over West Ham. 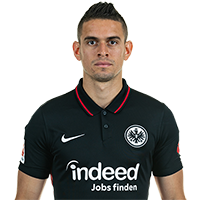 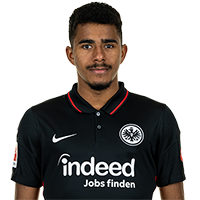 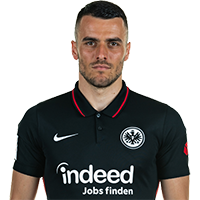 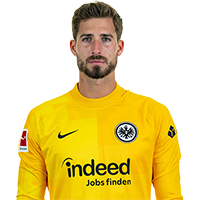 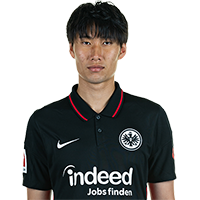 3) Kostic a key cog in the Frankfurt machine

During Eintracht’s semi-final first-leg win at the London Stadium, Borre picked out Ansgar Knauff to score and give the Bundesliga side a dream start with a goal in the very first minute. At Deutsche Bank Park a week later, the pair reversed roles, Knauff cutting back for the Colombian to put the hosts ahead 1-0 on the night, and 3-1 on aggregate. Daichi Kamada was also on target with his team-leading fifth Europa League goal of the campaign.

“Our understanding is improving, slowly but surely,” Borre said after the second-leg success. “With Filip too,” Borre added of the Europa League’s top assist provider, Kostic, who has laid on five goals so far this term. “I really understand his game now.”

Kostic assisted one and scored two in Barcelona in the quarter-final second leg alone. He also netted four and set up nine goals in the Bundesliga over the course of 2021/22, whilst ranking second league wide for crosses from open play (186). The Serbian left winger is devilishly effective in the transition and his set-piece prowess is right up there with the best of them, but he has the defensive effort levels to match his output in the final third.

Put simply, there is no better man to negate the threat posed by Rangers right-back James Tavernier, the Scottish Premiership’s top provider (13).

4) Kevin Trapp: leading from the back

“It’s the best day of my career. Winning the semi-final and reaching the final is something very special,” said Trapp after despatching of West Ham and the man who boasts 31 competition saves – the second-highest total in the Europa League this term – has been a commanding presence for Eintracht as they reached their first major European final in 42 years. Constantly giving his defenders instructions on a raucous night in the Eagles’ last four win at home to West Ham was the latest evidence of his importance to the team.

Sure, it helps that the goalkeeper has players in front of him who have been playing as if their lives have depended on it in the Europa League; take Evan Ndicka’s clearance off the line to keep West Ham out in Frankfurt as one such example. But should Frankfurt succeed in Seville, expect Trapp to play an important role.

“The way that the boys defend with such passion, with Kevin backing them up, is fantastic,” Glasner said after reaching the final. “We defended the long balls and set pieces with everything we had.” 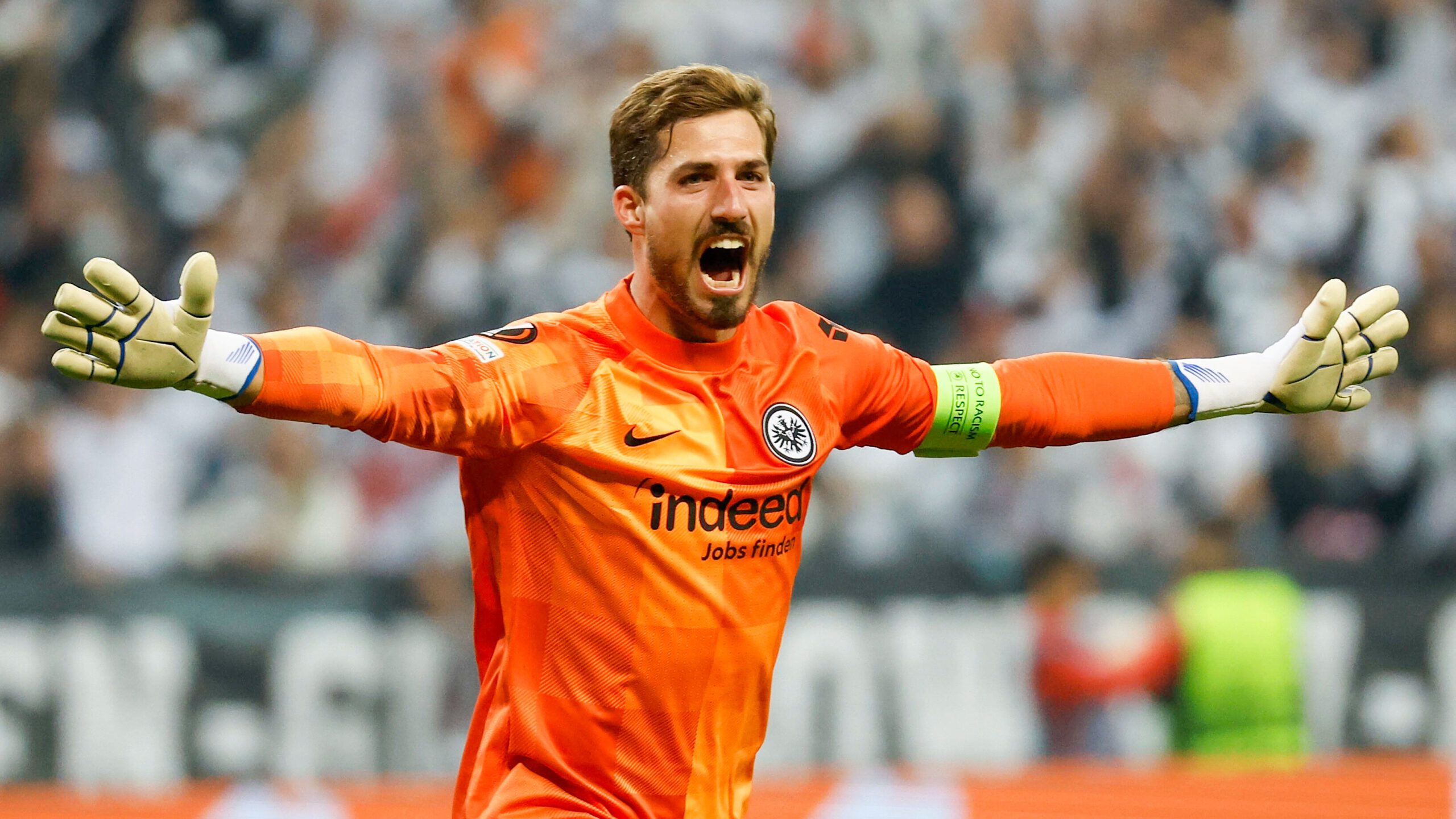 Kevin Trapp has played an integral role for Die Adler in the Europa League this season. – /Copyright: HMBxMedia/xHeikoxBecker

What more can be said of Eintracht’s passionate band of super supporters, who have backed the team with such fervour at home and away on their European voyage towards the final in Seville on 18 May? So impressive was their all-white display at the Camp Nou in Barcelona, that it was decided the fans would once again don those colours for West Ham’s visit to Frankfurt in the semis. And what a showing it was on that now famous Thursday night. Noise, colour and passion filled Deutsche Bank Park and pushed Frankfurt onto the final.

“In the more difficult spells, we needed the fans to help us recover,” Borre explained, the striker adding: “I think they were very important, we dedicate reaching the final to [them].” Eintracht’s sporting director, Markus Krösche, said: “You can see [in the supporters] the love and passion for this club.” Captain Sebastian Rode also chimed in on the fans, the 31-year-old saying: “[The run to the final] is just awesome, and the fans are overwhelmed too! Now there’s one more step to go, we want the trophy.”

One of the most incredible away followings you'll ever see. 😱👏#UEL | #FCBSGE pic.twitter.com/3JwPadaOUr

When things had calmed slightly after the West Ham victory, a lap of honour to the sounds of that famous song, Viva España, rang out, capping a perfect night for all connected with the club. A return to Spain now awaits for Die Adler‘s amazing band of super fans, who are sure to make the Ramon Sanchez Pizjuan stadium reverberate.