Bogle wins Fans Player of the Month Award in League 2

Ghanaian striker Omar Bogle has been voted as the PFA Fans Player of the month award in February for League 2.

The former Charlton Athletic forward was in fine form for Hartlepool as he netted some crucial goals for the last month. 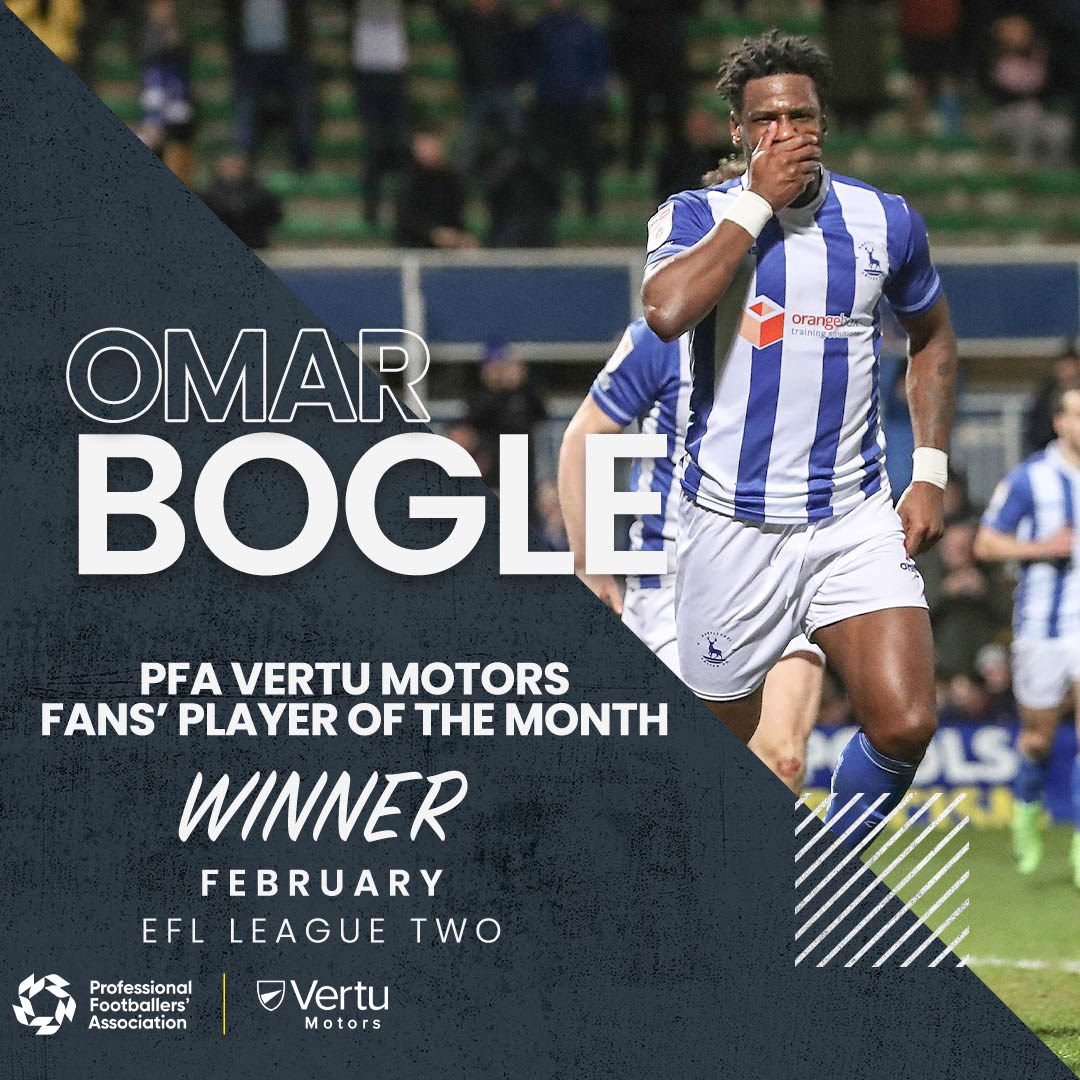 “We are delighted to announce Omar Bogle has won PFA player of the month for February.

Four goals since joining the club, including the winner against Crawley Town, saw the January signing pick up the accolade. Strikes against Barrow and Colchester secured vital victories for Graeme Lee’s side, while his assist for David Ferguson’s winner was first-class against Harrogate.” An official statement from the League board indicated.

He has been the best player at Hartlepool since his January 2022 move as a free agent.