Accra Hearts of Oak striker Kofi Kordzi has issued an apology following his suspension at the club on Tuesday. 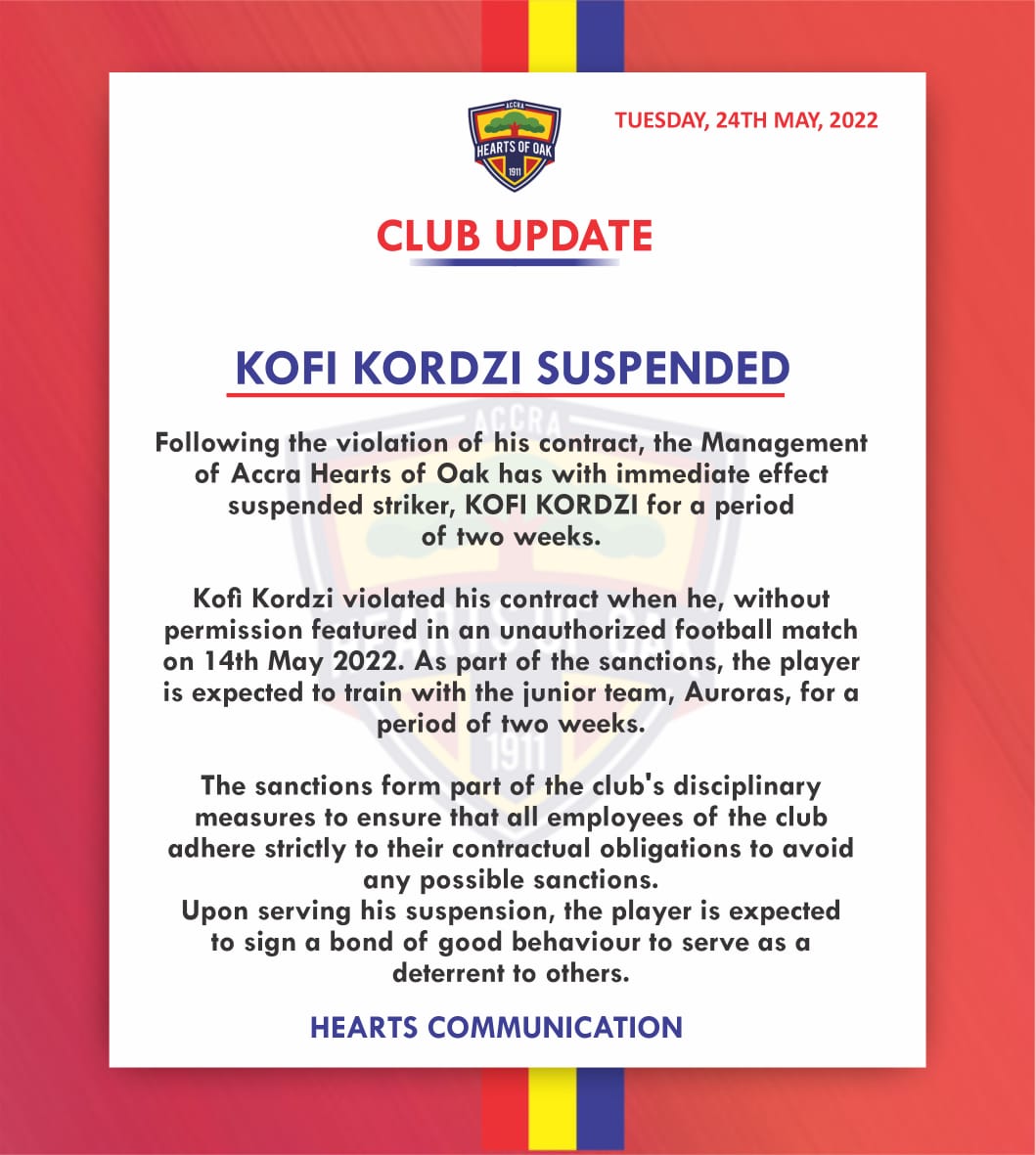 “I want to take this opportunity to issue a public apology for the choices I made weeks ago. I understand that my position as a professional footballer brings the responsibility of displaying the act of professionalism and being a role model.” Kordzi stated via an unverified Twitter account.

“As such, I want to apologise to my family, friends, football club, supporters and the public for letting them down. Obviously, it’s up to me now to restore your trust and I’ll do my best to show commitment every day on the training ground…both now on suspension and after suspension and most importantly on match days as well. Thank you all once again for your immense support.” he added.