Week 30 of the Ghana Premier League was completed over the weekend as league leaders Asante Kotoko saw their lead at the top of the table cut to six points.

The Porcupine Warriors were defeated by Berekum Chelsea by 1-0 on Sunday as Kelvin Obeng scored an 80th minute winner after Chelsea’s saw a man sent off in the 67th.

At the Accra Sports stadium, Medeama produced a great performance to beat Great Olympics by 2-1 after conceding first. Vincent Atingah equalized for the visitors from the spot after Maxwell Abbey Quaye put the home team ahead. In the 71st minute Kwadwo Asamoah scored a brilliant winner with his powerful left foot to send the Yellow and Mauves second on the league table. 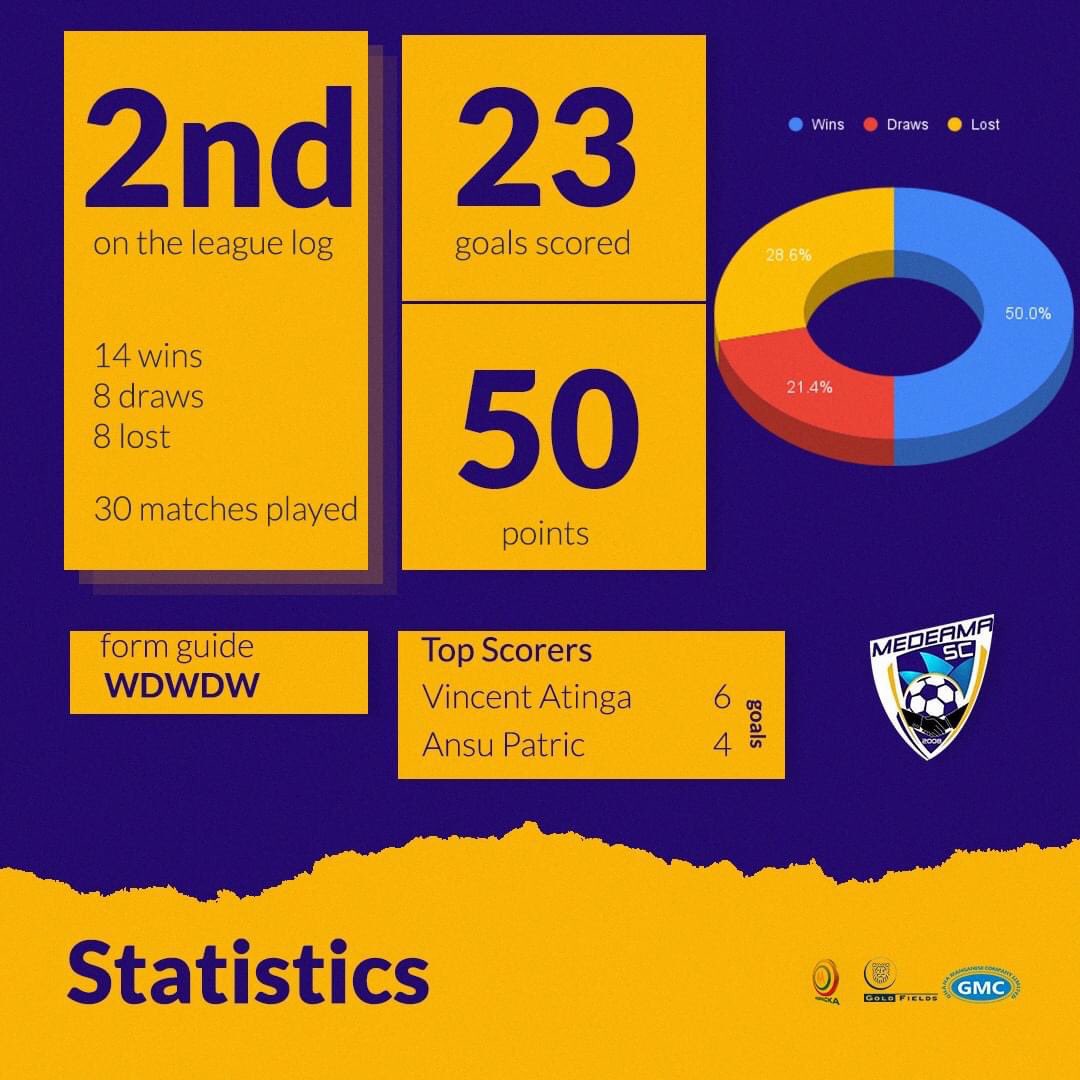 Meanwhile Bechem United were held to a 0-0 drawn game by Legon Cities and Ashantigold, relegated to the Division Two League by next season, recorded a massive 3-1 win at Elmina Sharks.

Karela United drew 1-1 at home to King Faisal but Gold Stars in Bibiani were too strong for Real Tamale United beating them by 2-0.