Kirin Cup : This is an improved performance by the Black Stars against Chile

Nine-man Ghana defeated Chile by 3-1 on penalties to finish third at the 2022 Kirin Cup in Japan as the Black Stars produced a much better performance than the one that saw them spanked 4-1 by Japan.

The third-place match had ended 0-0 after 90 minutes as the Black Stars saw two players sent off – Alidu Seidu in the 67th minute and Mubarak Wakaso in the 78th. 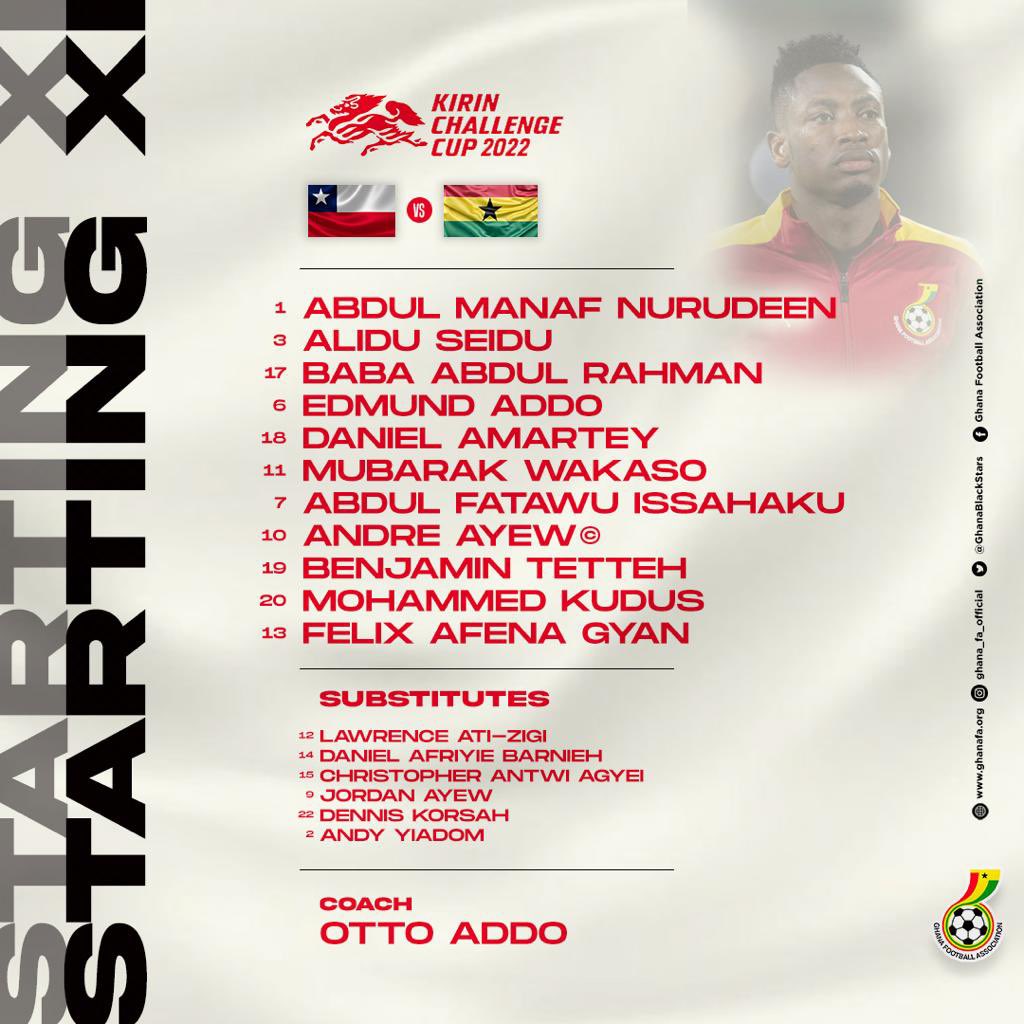 Despite the numerical disadvantage, the Black Stars held on to keep a clean sheet against the South Americans for a much improved performance following the 4-1 thumping by Japan.