Kumasi Asante Kotoko striker Franck Etouga Mbella has named the penalty he converted against arch rivals Hearts of Oak at the Baba Yara Stadium as his best goal.

The Cameroonian stepped up to score the penalty in the 16th minute in the crunch encounter after Hearts midfielder Abdul Aziz Nurudeen was alleged to have tripped Fabio Gama inside the box. 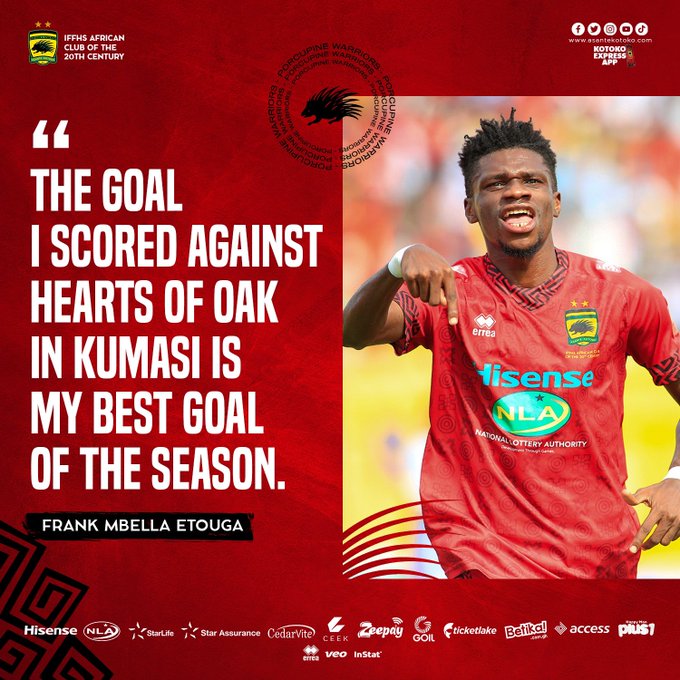 Despite netting many clinical strikes in his 21-goal hail this season, Mbella pinpoint the one against the Phobians as his best of the season.

“The goal I scored against Hearts of Oak in Kumasi is my best goal of the season.” He told his club’s website.

The talented forward is also inline to win the Ghana Premier League player of the year award.